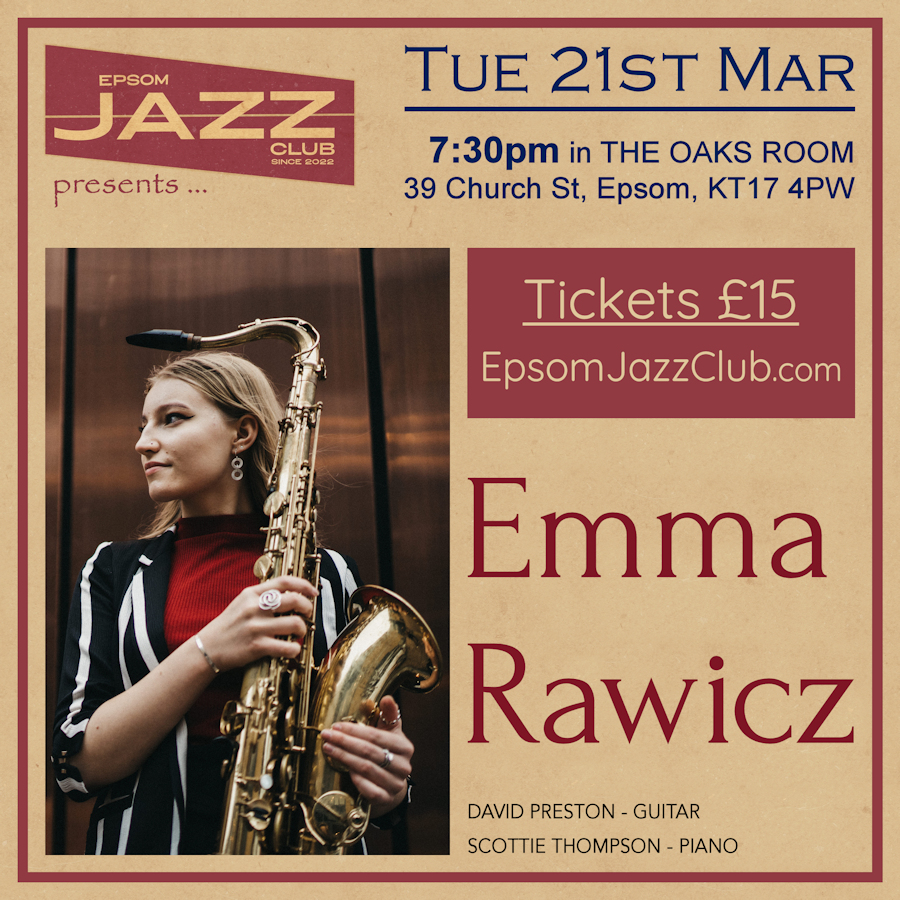 Emma is already making waves on the UK music scene and has been described as “an astonishing new talent” (Jamie Cullum, BBC Radio 2), “a force to be reckoned with” (Jazzwise) and “a fast-rising star” (London Jazz News).

At the age of 20 she had already recorded and released an eagerly awaited debut album ‘Incantation’ featuring Ant Law, made up entirely of her original compositions. And her second album is due for release in early 2023.

Emma is a recipient of the 2021 Drake Yolanda Award, winner of ‘Best Newcomer’ at the 2022 Parliamentary Jazz Awards, nominee for the 2022 Jazz FM ‘Instrumentalist of the Year’, and finalist in the 2022 BBC Young Jazz Musician of the Year competition.

Performing alongside Emma on the night will be David Preston on guitar and Scottie Thompson on piano.