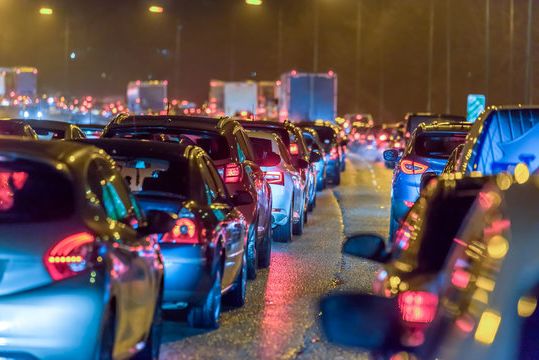 M25 protesters acting as “dead weights” means they take longer to be arrested, according to Surrey’s Police and Crime Commissioner. Just Stop Oil activists brought parts of the M25 to a standstill this month as part of their ongoing campaign calling on the government to take more action on the use of fossil fuels.

Surrey’s Police and Crime Commissioner, elected to hold the county’s police force to account, said she had attended the protests on a day when five were arrested. She added she is “enormously proud” of Surrey Police’s response. Responding to a question from Tandridge District Councillor Mick Gillman at a meeting of the police and crime panel on Monday (November 21), Lisa Townsend said she disagreed with the view that Surrey Police were not doing enough.

The meeting, at which councillors from each of the county’s authorities can put questions to the PCC, heard she had also received “an awful lot” of criticism from people about police not negotiating with protesters, and not listening to their demands. She said: “It doesn’t matter what reason somebody is breaking the law for. If they’re breaking the law, the police will get involved regardless of what their greater or not aims. I am enormously proud of the action that Surrey Police took over these protests and I will continue to praise them for it.”

Cllr Gillman’s (OLRG Alliance, Burstow, Horne & Outwood) question said he had found it impossible to explain to residents when asked why more action was not being taken by Surrey Police with the protesters. He said: “Residents expect the police to apply the law without fear or favour and there is strong feeling that lack of decisive action by police when the protests started have only encouraged more protests as those involved feel they can get away with this. Can I have an assurance that you will be using all your influence with the police to insist they now apply a zero-tolerance approach to any protesters who block or disrupt the highway?”

He followed up in the meeting that one resident had said to him it should just take minutes to arrest someone, and not “hours of them sitting in the road” as had happened on previous demonstrations by the group. Mrs Townsend said: “The idea that police haven’t acted swiftly I’m afraid is just rubbish and I absolutely won’t accept that criticism at all.”

On a day when protesters were climbing the gantries above the M25, Mrs Townsend said she had seen four of the arrests that took place, and that once the arrest was made, the police then had to ensure it was “absolutely safe” before they went up to get protesters down. She added: “It’s not simply a case of saying ‘you’re arrested’ then they come down quietly. In two of the cases I saw, the protesters followed a well known tactic of playing dead, basically becoming a dead weight and insisting that officers go and physically remove them. That can’t happen in two minutes, although the arrest has been made. The person then needs to be lawfully and carefully removed so that everybody’s safety is protected, not least the Surrey Police officers who are up there.”