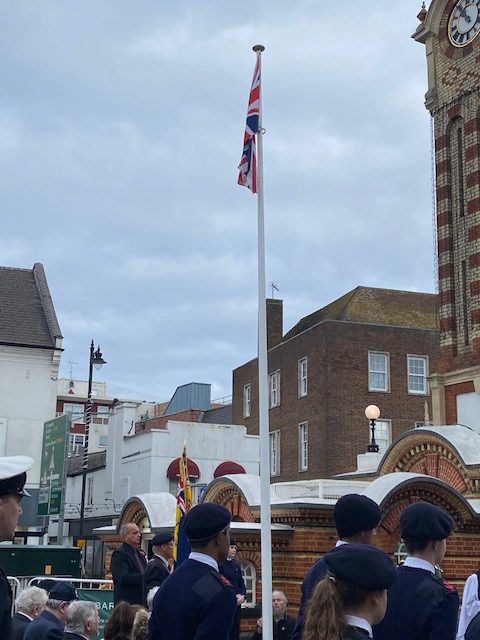 Epsom and Ewell came together for the annual Remembrance Day service at Epsom’s Clocktower, Friday 11th November. The Mayor’s Chaplain reflected on the history of Remembrance Day. The first was held in the grounds of Buckingham Palace in 1919 when the two-minute silence was observed. In 1921 the poppy became a symbol of Remembrance. The Second World War saw the commemoration being held on a Sunday, to avoid disruption of ammunition production should the 11th of November fall in the working week. The Chaplain mentioned how the reality of today’s television coverage of wars was inuring many to the horror of war.

The service was attended by a full complement of Councillors of all parties, servicemen and boys and girls from Blenheim School and other local schools.

The full service is reprinted below.