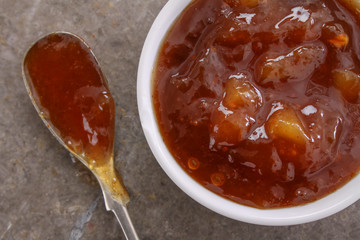 A woman was sent home from Epsom General Hospital with a sliver of mango seed stuck in her throat, leading to an update of guidance around patients who have been eating soft foods. The 57-year-old went to Epsom hospital emergency department saying she was having trouble swallowing after eating mango pickle.
A doctor looked at her, but could not see anything obviously wrong, with the patient not drooling, still able to swallow and no foreign body visible on examination. The patient was sent home with the advice that it could be a scratch or gastritis, and told to return if she was more unwell.

A board meeting of the Epsom and St Helier hospital trust heard she then came back four days later unable to swallow at all and with a sore throat, but still nothing visible to doctors. On a slide titled “the deadly mango” in a learning from complaints presentation, board members heard how the hospital then discovered an oesophageal tear and air in her chest after a CT scan.

Documents show there was “low level of risk” given she had been eating soft food, and that sharp foreign bodies causing problems are usually only related to fish or broken bones such as in chicken, so this was not considered.
There are no guidelines either nationally or at the trust for this sort of situation.

After discussions with other hospitals, she went for surgery in Guildford, where a mango seed sliver was removed from her oesophagus and she stayed for a week on intravenous antibiotics. Luckily the patient made a full recovery, but did make a complaint against the hospital trust.

The board meeting heard that the unnamed patient had been informed of the investigation into the incident and how new guidelines had been drawn up at the trust, to look at the symptoms patients were suffering, and not just the foods they had eaten.

Dr Richard Jennings, group chief medical officer, said that from something ridiculously obscure and exotic and unlikely ever to happen again, the trust had created pragmatic and useful learning points. He added: “I was also very happy, having felt anxious reading the title, to find it was a “potentially deadly mango”.

The meeting heard that assessment of the patient was done correctly, though the investigation showed the patient probably should have been discussed with ear, nose and throat [department] if symptomatic
She also should have been told to return within 24 hours if there were no improvement.
A presentation said it was â€œvery rare to have sharp foreign body injury following soft food and usually due to foreign bodies in themâ€, such as glass or plastic.
As well as new guidelines for staff, a discharge leaflet would be created for patients who were going home with this condition.