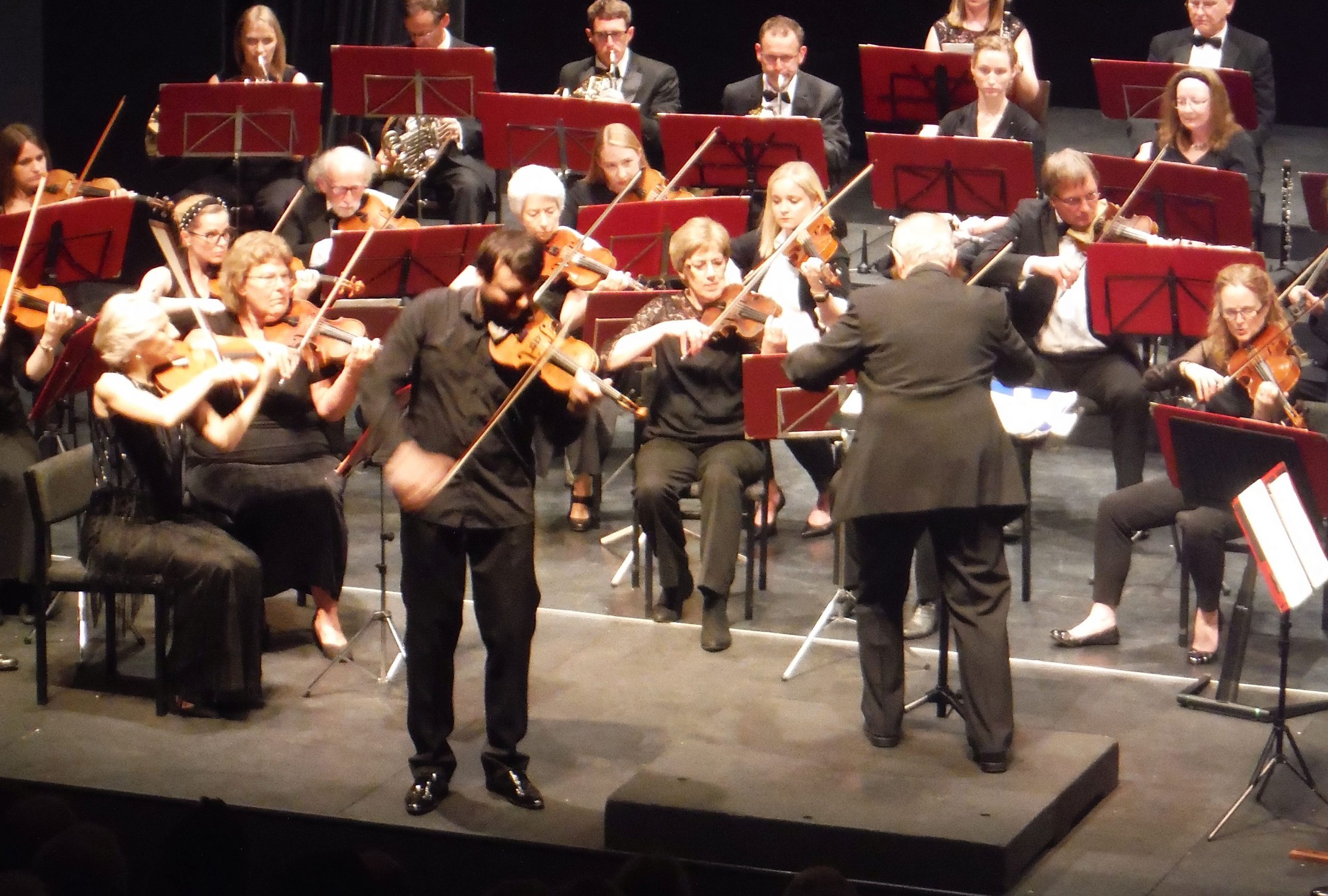 Now warmed up ESO’s 52 players embraced Brahms’ violin concerto with gusto and together with young Moldovan violinist Ionel Manciu demonstrated the acoustic prowess of Epsom Playhouse’s main auditorium. Not a single nuanced whisper of Manciu’s strings could be missed from the back of the Hall. As if Manciu’s technical skills had not been demonstrated enough during his improvisations in the 2nd movement he treated his audience to an encore of Grigora Dinicu’s “The Clock,” where the tick-tock of time was plucked from the neck of his instrument with his left-hand rather that the usual right bow-hand near the bridge.

The concert ended with Dvorak’s next most popular symphony after “The New World” 9th, namely the 8th. If there is any doubt about the value for money and time attending your local orchestra performing in a local venue, then the final stupendous bars of the Symphony, being played with an energy and precision equal to anything you might hear in a London concert hall, set those doubts to rest.

ESO’s next concert is on Saturday 15th October 2022 featuring Nielsen’s Helios Overture, Grieg’s Piano Concerto and Sibelius’s Second Symphony. Visit www.epsomsymphony.co.uk and Epsom Playhouse for tickets. Do support your local orchestra. In particular encourage the Borough’s younger generation to experience the excitement of 54 skilled musicians on stage “rocking” with sounds that only ignorance stands in the way of enjoying.

By our special and independent music correspondent – Lionel Blackman.