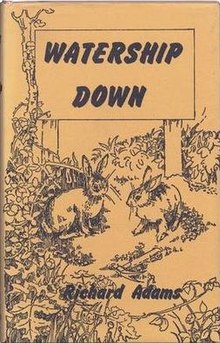 The History Detectorist could not believe his luck when he discovered pre-publication notes relating to the international best-selling novel, “Watership Down” that had remained hidden inside a book that had once belonged to the book’s author, Richard Adams.

A lifelong fan of Watership Down, he purchased a box of books from a book dealer who had won them at auction prior to the much publicized sale of Richard Adams’s more valuable books which he had collected prior to his passing in December 2016 aged 96.

Among the books purchased from the dealer were papers and photographs that had been found inside the books won at auction which are now known to have belonged to Richard Adams also.

Fortunately, in this instance Alan Barrett’s criticisms did not deter Richard Adams from publishing his first novel, Watership Down, although at the time the notes were drafted the popular story of rabbits fleeing their home and being forced to find a new one was due to be called “Hazel and Fiver”, a title that Alan Barrett clearly objected to and possibly helped to change prior to the first publication of Watership Down in 1972.