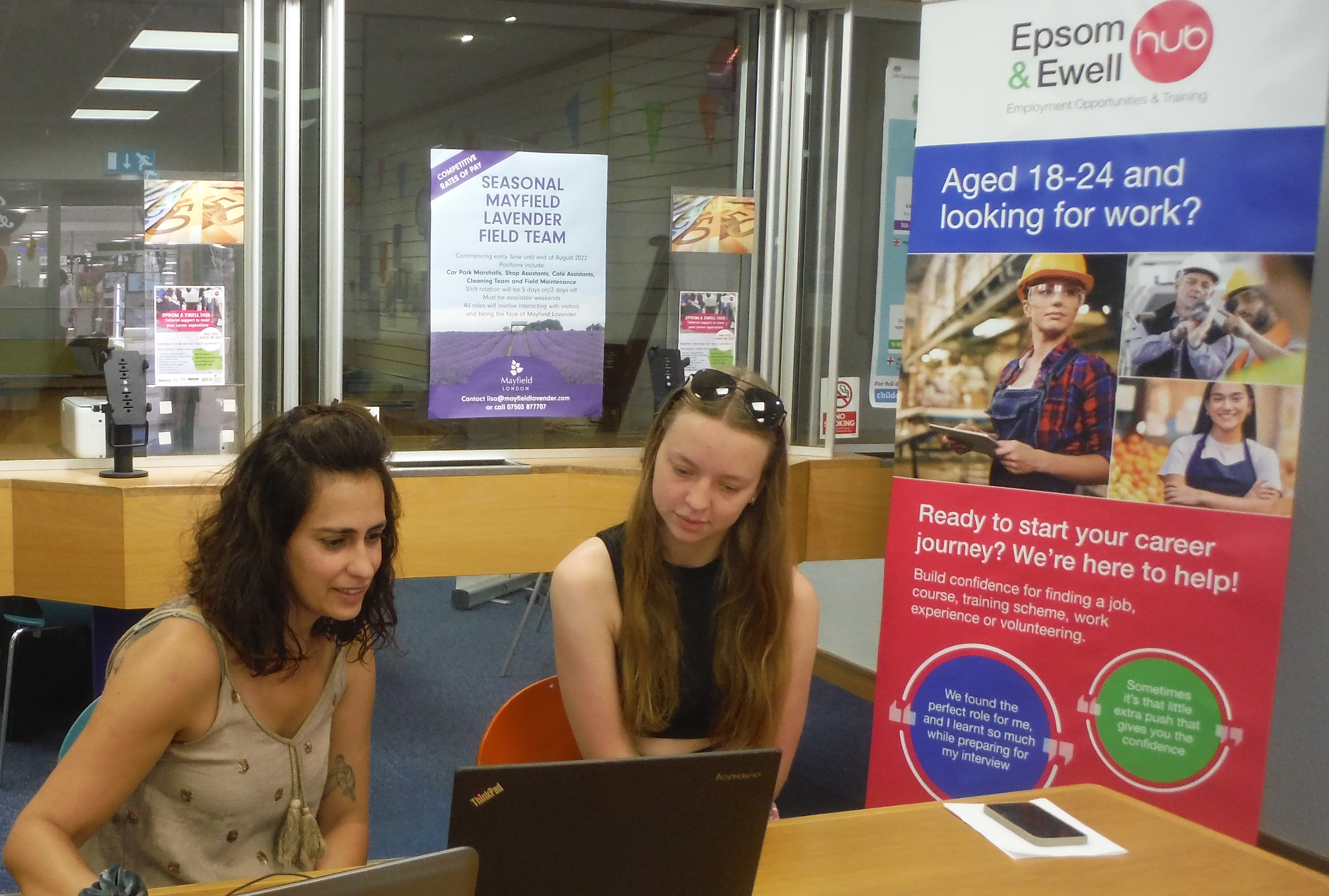 The Director of Epsom and Ewell Borough Council’s Environment, Housing and Regeneration, requested the July 12th’s meeting of the Community and Wellbeing Committee to approve a funding bid already submitted to keep the Epsom and Ewell Hub running for a second year. The Hub is paid for by the Department of Work and Pensions and was set up in August 2021 to help young people in the Borough find work. The DWP had invited applications for a second year’s funding for the Hub, which if approved, will start in August 2022 for a period of 12 months. The DWP had also requested that year 2 funding should develop the role of volunteers in helping young people get back to work or training. It should also increase engagement with businesses, including Surrey Chambers and the Federation of Small Businesses. The Council officers had already submitted the bid for the 2nd year ahead of the Committee’s approval and stated that the application could be withdrawn if not approved. This situation may have arisen following the cancellation of the Committee’s scheduled meeting of 9th June.

[Photo above: Adviser Ana helps a young job seeker in the Hub.]

The DWP bid forming this proposal is intended to cover all staffing costs, including any associated overheads and managerial costs. The extent of financial support being sought from the DWP is £97,407.72
The main Council contribution is in the provision of accommodation for the Hub to operate from. It is intended that the Hub will continue to operate from the unit it currently occupies free of charge in the Ashley Centre. Should this no longer be available spare accommodation in other Council owned buildings, such as Bourne hall will be considered.

The Hub should be fully funded by the DWP bid as there are no Council budgets currently allocated to the scheme.
In the first 10 months of operation, the Hub exceeded its central government target of 150 by engaging with “over 160 young people”. Of which “dozens” of them got jobs, Kick Start placements and apprenticeships (61 in total – see below for the breakdown). The Hub relocated in October from Bourne Hall to the Ashley Centre, raising its profile even more with young people and their families as well as local businesses. The hub supports young people who are not in work or training, helping them to find employment or approved training courses. The Hub also provides support to build confidence, develop good mental health as well as introduce employers to potential candidates. The role of the Youth Hub is not to replicate existing DWP services but to leverage a range of additional partner and industry resources to provide employment information and advice, support employer connections, work placements and mentors to support young people find pathways into work. The Hub has achieved getting 36 young people into work, 14 into Kick Start placements, 4 Apprenticeships, 7 work placements (61 in total) as well as 175 “social inclusion steps.”

The Surrey Lifelong Learning Partnership (SLLP) run the Hub. SLLP is a company founded by Kevin Delf in 2001 and was registered as a charity in 2011. Kevin Delf is the chief executive officer of the charity. He told Epsom and Ewell Times: “We support around 800 people every year through projects such as skills hubs, digital and literacy support and Bike Project Surrey. The Epsom & Ewell Skills Hub builds on previous work undertaken by SLLP in Epsom. There are three SLLP employees (2.8 full-time equivalents) devoted to the Hub. But, the Hub is also a place where other partners are also on hand to provide support to those needing employment and training, such as NESCOT and Jobcentre Plus and many others. In addition, we organise events on site which bring together local employers and those seeking employment, and we run events to explain and promote apprenticeships for example. Epsom & Ewell Borough Council has been extremely supportive in securing the funding to support the project and securing accommodation which is highly visible in the heart of the busy Ashley Centre for the foreseeable future.”

He added: “In addition to recording successful job placements we record examples of “social inclusion steps”. These are steps towards employment, for example attending a mentoring programme to develop confidence and resilience. An individual might complete a number of such steps (e.g. gaining basic digital skills as well as enabling participants to access local support services more easily).”

Given the stated figure of engaging with “over 160” individuals then “social inclusion steps” probably means as indicated by Mr Delf that more than one step for the same individual is counted. Kevin Delf confirmed the year 1 funding was £90,000. Thus the cost was £75,000 for the first 10 months. Then the 61 actual employment opportunities matched with clients of The Hub came at an approximate cost of £1200 each or about 1.5 matches per week. The cost per “engagement” with youth averages about £425 or about 4 per week.

The committee unanimously agreed to approve the application that had been made to the DWP for funding for a second year.

The single Conservative Councillor on the Borough Council (Bernie Muir) is not a member of the Community and Wellbeing Committee. All other groups and parties were represented (Residents Association, Labour and Liberal Democrat). The Committee is chaired by W. Ewell RA Councillor Alex Coley. No Council taxpayer money is spent on The Hub but it is still surprising that not a single Councillor asked a question about the value for money for the wider public of this service.

By our correspondent Tim Rogers

At the same meeting, Councillor Monica Coleman (W. Ewell RA) urged financial caution when paying out exceptionally large Disabled Facilities Grants. These grants pay for improvements to disabled people’s homes, for example to widen doors, install ramps or improve access to rooms and facilities by installing stairlifts or a downstairs bathroom. The committee considered whether to increase the limit on Council top-ups to grant payments from £15,000 to £30,000, or even more in exceptional and complex circumstances. The Director explained that this would have a hugely positive impact on the level of assistance provided by the Council to disabled residents, in particular children. The committee unanimously approved the top-up increase as long as any exceptional payments did not cause the Council to spend more than its overall central government grant allocation.