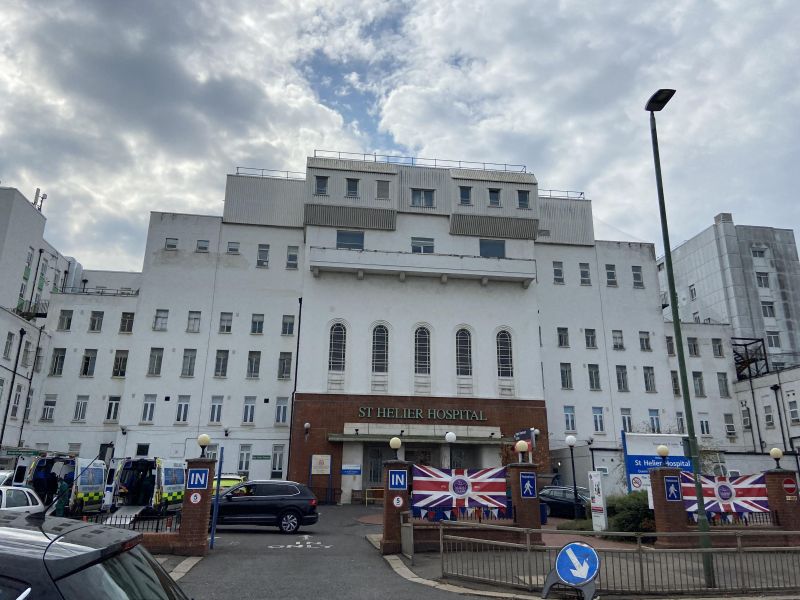 Buildings “Absolutely not fit for purpose”, a meeting has heard as staff at St Helier hospital are trying to provide care. NHS bosses were told about a labour ward with a leaking roof, an intensive care ward where temperatures reached 35 degrees and lifts that were too small for hospital beds.

There are also corridors “cluttered” with equipment and staff “doing their absolute best in circumstances they should probably shouldn’t be asked to work in”. The board meeting of the NHS trust which runs the site took place on Friday (September 2) after members had done a walk around of the hospital to inspect first-hand.

It followed the announcement that a new planned hospital in Sutton, which would see the Epsom and St Helier sites’ services downgraded, will now not be ready until at least 2027. The trust formed a hospital group with St George’s hospital last year, which it was stressed in the meeting was not a merger between the trusts but a way of working together on services.

Jacqueline Totterdell, group chief executive of the St George’s and Epsom and St Helier hospitals group, had been on a visit to the St Helier site’s gynaecology and maternity wards, including pre- and post-natal and labour wards. The hospital leader said that staff based at the site a pre-fabricated building staff “do pretty well”, despite a lift that is 50 years old, regularly breaks down and “is a real risk”.

Ms Totterdell added: “When it really rains they have buckets and pads down because it rains and there’s not much else we can do with that roof.” While she said there were some issues around staffing, and around sick leave, annual leave and maternity leave, those she spoke to said they worked in good teams and generally enjoyed working. She added: “That’s just the context that they work in.”

Phil Wilbraham, an associate non-executive director on the board, called the hospital’s intensive therapy unit (ITU): “The good, the bad and the ugly”. He said going from the old unit where the beds were too close together and there was little air conditioning and exchange of air was a “massive contrast” to the new area, completed in 2020. Mr Wilbraham said: “When you go to the new ITU, you see how it should be.”

He also said he’d heard about patients being brought into the unit and put in rooms where it was 35 degrees in August, and said in this environment patients couldn’t be expected to recover as quickly as they should. He added: “I would say the staff seemed to be extremely calm, organised and professional. It’s the classic of people doing their absolute best in circumstances they should probably shouldn’t be asked to work in.”

The meeting also heard about “clutter” in corridors and the demands of trying to balance bed space with break rooms for staff and storage at the site. Group chairman Gillian Norton highlighted a lot of the “clutter” was actually essential equipment. She said: “The whole discussion just illustrated why we need our new hospital at St Helier. We’re trying to provide outstanding care, which we largely do, but in buildings that absolutely are not fit for purpose.”

The board also heard from Derek Macallan, a non-executive director, about a patient who had been in the hospital for six months and not yet been able to be discharged because he was waiting to get his home situation sorted out. Mr Macallan said as well as patients in the renal department not being able to be discharged because they did not have the necessary social care available on release, he too noticed the poor state of the buildings.

In reply, he heard that when discharging patients the hospital trust could be dealing with up to 17 separate district and borough councils because patients extend out into Hampshire and Berkshire.

On the paediatrics ward, Andrew Grimshaw, group chief finance officer, saw that specific beds had to be bought to get in the lift, because the generic hospital beds didn’t fit. He said he’d heard from staff that the planned Specialist Emergency Care Hospital in Sutton would solve a lot of those problems and challenges.

Managing director at the trust, James Blythe, told a Sutton Council meeting in July the trust was still “waiting for feedback” on the next steps and funding of the project from central government.