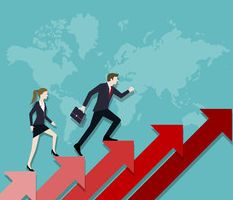 On 2nd February 2022 the Government published its Levelling Up White Paper which laid out an agenda for tackling inequality across the country. It outlined the future landscape for devolution in the UK and provided a blueprint for improving opportunity and outcomes in education, the economy, infrastructure, transport, and health by The White Paper also set out a commitment to bring devolution in the form of County Deals ‘to every part of England that wants one by 2030’.

The Government’s Levelling Up White Paper presents a rare opportunity for the Surrey County Council to pursue a devolution deal for Surrey that will bring new powers, freedoms and flexibilities, better enabling the council to deliver for residents against the 2030 Community Vision, the council’s four strategic priorities (Growing a sustainable economy; Tackling health inequality; Enabling a greener future; and Empowering communities), and work towards the overarching ambition of No One Left Behind.

In April 2022, Surrey County Council’s Cabinet was presented with a paper that outlined the key implications of, and opportunities within, the Government’s Levelling Up White Paper for Surrey, particularly in relation to the devolution framework and a County Deal for Surrey. Within this, it set out the initial ideas being explored and developed in partnership with stakeholders that would form proposals within a County Deal.

More recently the government have announced two Level 3 devolution deals to establish the York and North Yorkshire Combined Authority and East Midlands County Combined Authority. Both deals align closely with the wording set out in the Devolution Framework and have provided a useful basis from which to compare with the proposals being considered for Surrey’s County Deal.

Despite securing these devolution deals, progress has slowed in government due to a number of factors, including the ongoing challenges with the cost-of-living crisis, the Conservative Party Leadership contest to elect a new Prime Minister and then the death of Queen Elizabeth II. Capacity within the Department for Levelling Up, Housing and Communities is limited, so until the first set of early County Deals are agreed they are unlikely to start negotiating with new areas.

Once negotiations begin, there is a chance that the “core” proposals set out in a Council Report will evolve and new proposals could emerge as part of discussions. The intention before any final County Deal is agreed is for the details of the deal to be brought back to the Cabinet to endorse and for wider members to have appropriate opportunities to comment, scrutinise, and approve.

Key areas subject to proposals and consultations include:

The Cabinet agreed with the recommendations outlined in a report on a single, unifying housing strategy for Surrey.

Housing is fundamental to people’s wellbeing and life chances, but there is not currently a joined-up housing strategy for the county.

The council is working with partners in district and borough councils, Registered Social Landlords, developers, businesses and health providers to provide ambition, focus, direction and alignment across the whole Surrey housing system.

The Cabinet endorsed the Surrey Skills Plan, which aims to help deliver the skills, jobs and opportunities for Surrey’s economy to thrive.

The Skills Plan will officially launch at the Surrey Skills Summit on 10 November at Sandown Racecourse.

The developments outlined in the guide will bring a raft of benefits, including:

Cabinet agreed to the recommendations outlined in a report on the council’s response to the National Bus Strategy (Bus Back Better).

As part of this Cabinet approved a consultation about the future for bus services in Surrey.

The council will be seeking residents’ views on investment proposals, the introduction of more on-demand buses and possible alterations to some existing bus routes.