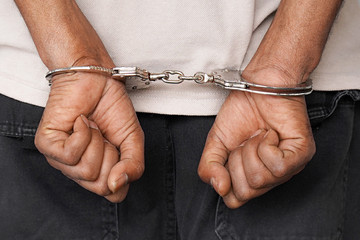 A woman who was married to a domestic abuser for 10 years said after he was sent to prison: “To the outside word they appear rational, they hide their abusive behaviour from everyone around them”.

After countless assaults, in 2017 she began documenting her injuries, which she recalls was “so that if he killed me, there would be a timeline of the assaults becoming more severe before my eventual death.”

Over the years, Joseph Alcock of Dorking, had left her with black eyes, facial injuries requiring a total of 30 stitches and even stab wounds. The final assault happened at the Prince of Wales Pub Alcock managed in Dorking on 6 September 2020, when he knocked her unconscious. She was later found alone by a member of the public.

The shock of this brutal attack led to her coming forward and working with Surrey Police officers from the domestic abuse team to secure evidence of six different assaults between 2017 and 2020.

After eventually pleading guilty to three counts of actual bodily harm and three counts of grievous bodily harm, Joseph Alcock, 43, was sentenced to five years and ten months’ imprisonment at Guildford Crown Court on Monday (9 January). He was also given an indefinite restraining order against her.

Passing the sentence, the Judge called Alcock a ‘violent bully’ and paid tribute to the victim’s bravery in attending court.

In a statement following the sentencing, she said: “I have waited two and a half years from my initial report to police to see a conclusion in court. However, I am glad I came forward and I would encourage other victims of domestic abuse to seek help too. You aren’t alone. I’d like to thank the police and prosecution for all their support and for securing a successful outcome. Even with every obstacle presented to them, they have always put my welfare first. I want to start rebuilding my life, after this period has consumed me for so long, I am hoping this is now the start of some form of closure for me.”

Detective Sergeant Tracey Muir, who investigated the case, said: “The fact that Alcock is behind bars is down to the bravery and tenacity of the victim, who has used her experience to encourage those in a similar situation to try to seek help and support. Domestic abuse is sadly prevalent in our society, and we must continue to work together as communities to stop abusers in their tracks and safeguard victims. If you suspect that someone you know is a victim of domestic abuse, or if you’re experiencing domestic abuse yourself, please reach out to us.

“We have specialist support in place for victims, including dedicated support workers in place throughout the investigation and court process. If you aren’t ready to speak to us, reach out to one of our brilliant Surrey-based charities who can offer sanctuary and practical, as well as emotional, support.”

There is a range of information on the Surrey Police website, including: