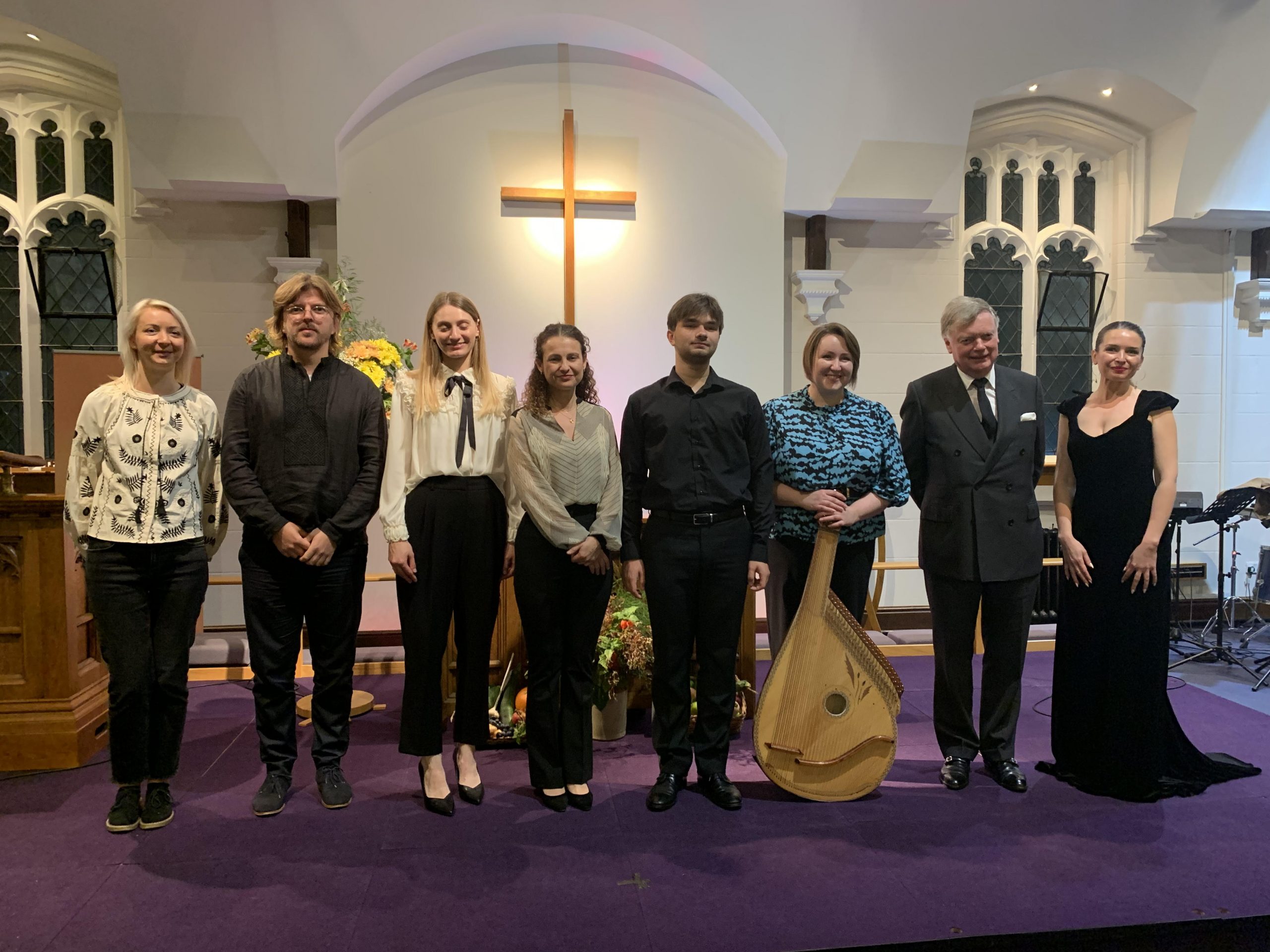 Vice Lord Lieutenant of Surrey Sir Stephen Lamport came to Epsom Saturday 24th September. Addressing an audience in Epsom Methodist Church he condemned the aggression of Russian President Putin. He welcomed to Surrey those refugees from Ukraine who have come. He applauded the work of local charities, including Surrey Stands With Ukraine.

His speech was followed by 90 minutes of classical music performed by Ukrainian musicians. Sergei Sinkovski and Yevheniia Semydilko played Bartok duets on violins and Vivaldi. Kateryna Bolkunevych sang Casta Diva from Bellini’s opera Norma and Song to the Moon by Dvorak. Her powerful voice filling the vaulted Worship Hall. She was accompanied by pianist Bogdana Ravliuk who played Ukrainian composer Lysenko’s elegy.

The evening was crowned by Juliya Komyshan who brought tears from the standing audience with the Ukrainian national anthem. She played and sang other music using the traditional Ukrainian bandura instrument; to the amazement of all.