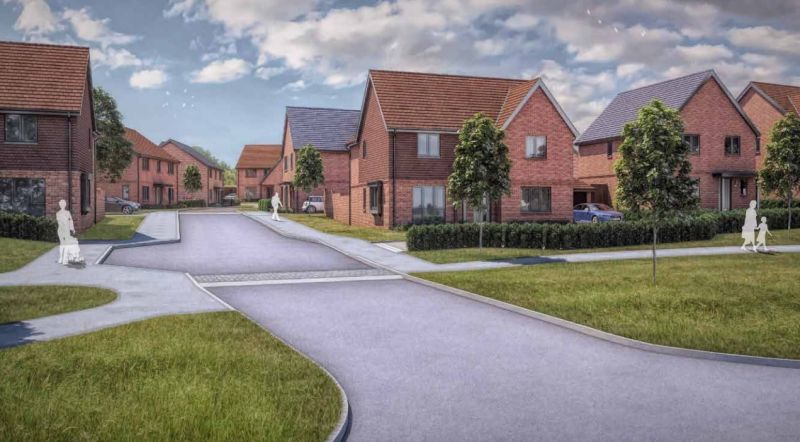 Councillors have been warned to “be under no illusions” that a plan for 70 homes at Headley Court could be progressed as they rejected an application for 59 homes on the same site. A long history of applications on the green belt site is set to continue, with various parts of it currently under appeal and the district council’s local plan currently under examination.

Mole Valley District Council’s development management committee meeting on Wednesday (October 6) refused the application by 14 votes to zero, with four abstentions, in line with the officers’ recommendations. After outline permission was granted in December 2020 for up to 70 homes on the site, it could now see a previous application for 70 homes approved, after an appeal was lodged with government inspectors.

The site, former Ministry of Defence land, is located over the road from the NHS Seacole Centre, used as a temporary hospital during the coronavirus pandemic and as a temporary mortuary.

Developers warned during the meeting that if councillors rejected the scheme for 59 homes then the 70 home plan would go ahead if granted on appeal, despite having previously offered to take the larger plans off the table.
Tony Williamson, representing Angle Property, said: “Be under no illusion, if this application is refused tonight, and approval is granted by the planning inspectorate then the 70 unit scheme will be implemented and progressed. The concessions offered in this application will be lost. In that scenario, I’m sure the local residents will not be thanking this committee.”

The previous application, deferred from a November 2021 meeting had been appealed by the developer for non-determination. Subsequently, a June meeting of the development management committee concluded it would have refused the application, had it not been sent to central government for a decision.

The latest refused plans included three two-bedroom, 28 three-bedroom, 17 four-bedroom and 11 five-bedroom homes, with eight of them being affordable. Officers described the housing mix as “unacceptable” because a three-bed home sold under shared ownership “would not prove attractive due to affordability issues”. The district council’s local plan, currently undergoing inspection at government level, identifies the Headley Court site as a whole for 120 homes.

There is still an appeal on the east part of the site for 14 senior living homes in the listed building there and redevelopment of the rest of the site for 100 new-build senior living homes. Headley Parish Councillor Jane Pickard said the said the village was at risk of doubling in size, and that the new plans had seen a shift away from smaller homes. She added: “We are prepared for a major increase in the size of our community, but want it to be done in a way which enhances rather than damages the semi rural character in the green belt.”

Cllr Tim Hall said he knew of at least three planning applications around Headley Court and Headley road, “all of which have serious transport implications”. He said: “This needs to be linked together. Because Headley Road, as has been said previously by the residents, is not a great highway. It’s a rural Surrey lane, in the nicest possible way.”