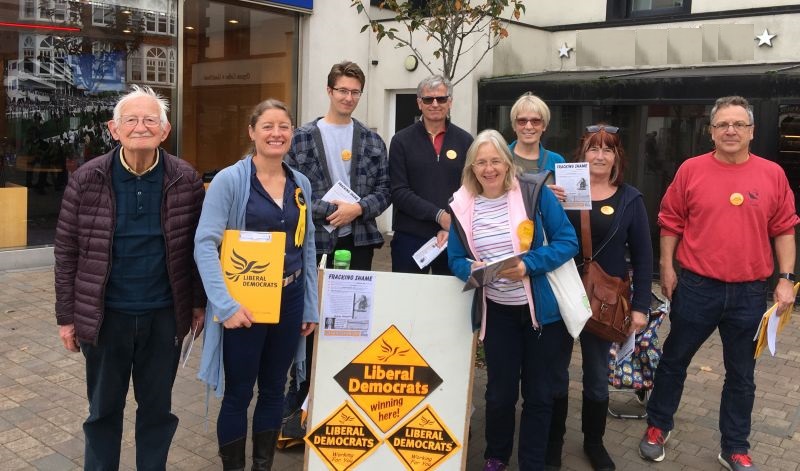 Local Epsom and Ewell Liberal Democrats announce local candidate and former Captain in the Royal Military Police Helen Maguire has been selected as the Liberal Democrat Prospective Parliamentary Candidate for Epsom & Ewell. Helen has lived in Surrey with her husband and 3 children for over 11 years. In the British Army, she served in Iraq and Bosnia. Helen now runs an award-winning charity fundraising consultancy, delivering vital funding to charities nationwide. She recently won ‘service Leaver of the year’ in the British Ex-Forces in Business awards 2022. In her spare time Helen can be found running on Epsom Downs. She has represented Epsom & Ewell Harriers Athletic Club for over 10 years.

Helen was a key campaigner in Esher & Walton during the 2019 General Election where she played a pivotal role in increasing the Liberal Democrat vote by 18,000 with the largest swing in the country of 27.7%. Repeating this in Epsom & Ewell would result in Helen winning the seat from the conservatives.

According to the Liberal Democrat’s press release “Helen is a local community champion, volunteering her spare time to numerous charities within the constituency, an activist who fights for local issues to be heard. Following her selection earlier this month, Helen has been actively campaigning in Epsom, including protesting against the Tory plans to allow Fracking in Surrey and knocking on doors to listen to and understand first-hand about the local issues such as the Chalk Pit fiasco.”

Helen Maguire stated: “I am absolutely honoured to be selected as the Liberal Democrat prospective Parliamentary candidate for Epsom & Ewell. I am standing for honesty and integrity, and a fairer society for all.”