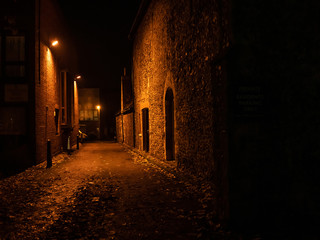 Epsom and Ewell’s Councillor Hannah Dalton (Residents’  Association, Stoneleigh) said she lived in a zone five area, but when she got the last train home, she would still get the torch out on her phone in order to get home safely once off the main streets. Surrey’s Police and Crime Commissioner has hit back at a claim she “doesn’t understand what she’s talking about” as she says the decision to turn street lights on at night is the county council’s responsibility.

Lisa Townsend said street lighting has been “one of her great frustrations” with “mixed messages” at council level, as another councillor shared her experience of walking home with her phone’s torch on to get back safely.

In a heated meeting of Surrey County Council’s police and crime panel, in which councillors and non-elected members ask questions of the PCC, Runnymede Councillor John Furey (Conservative, Addlestone South) said residents could make a request to get lights switched back on in certain areas.

Street lights on some of Surrey’s residential roads started to be turned off at night in 2017, usually between the hours of 1am and 5am, to save money.

Epsom and Ewell’s Councillor Hannah Dalton (Residents’  Association, Stoneleigh) said she lived in a zone five area, but when she got the last train home, she would still get the torch out on her phone in order to get home safely once off the main streets.

In response the elected Conservative PCC said: “You and I have both, I suspect, walked home from train stations using the light on our phone, clutching our keys, speaking to somebody on the phone hoping that if anything happens, there will at least be a record but conscious that by the fact that we’re on our phone means we’re not paying the proper attention to our surroundings. Any woman I know has been there.”

She said she got “very annoyed” when told by officers that the reason that lights hadn’t been turned on was because police hadn’t asked for them to be. Mrs Townsend added: “That’s not the reason. It’s entirely in the county council’s gift as to whether they turn them back on or not. I’m frustrated by the mixed messaging that my office gets I’m frustrated by the different answers that I get when I ask about it.”

Calling on councillors to lobby the county council that where residents didn’t feel safe and wanted street lights switched back on, they should be, she added it was not for the police to be making the case for residents.

Mrs Townsend added: “Something should not have to happen to us, or to any other woman or man, in order for a case to be made to put the lights on. If you don’t feel safe, and it’s what the community wants, the lights should be switched on. I couldn’t be clearer in that.”

Cllr Furey had previously interrupted Mrs Townsend, saying: “This is quite out of order. The PCC doesn’t understand what she’s talking about.” He said the police would be asked for their opinion if there was a request for residents to switch lights back on, but that the request went through the county council and that if there was a case, the lights would be switched back on.

Mrs Townsend, saying she had been “rudely interrupted” by Cllr Furey, said she understood the process but was concerned about the “extra bureaucracy” and said she didn’t want to see any more delays to requests. She added: “My point is police shouldn’t have to become involved in it. If a woman doesn’t feel safe and she wants to have the lights turned on, that should be a matter for the county council. It should not be a matter for policing because the police cannot interfere on whether somebody feels safe or doesn’t.”

Surrey County Councillor Keith Whitham (Conservative, Worplesdon) said it was “not a black and white situation”. He said in his area he had seen successful examples of lights being switched back on where Surrey Police had supported residents in their appeals to the council. Mole Valley Councillor Paul Kennedy (Lib Dem, Fetcham West) said the blanket approach “simply doesn’t work” and that people had “to work really hard to try and get the lights back on.” He said he would be taking it up with the county council, but also recognised that many people in his rural area valued and wanted to protect their dark skies.

On the wider issues of the safety of women and girls, the meeting heard the responses to a survey carried out in April and May 2021 which showed that 45.6 per cent of the 5,427 participants felt unsafe in their neighbourhoods at night, and 55.7 per cent felt unsafe in the nearest town centre at night. A report into the findings said: “One of the main themes when respondents were asked to explain why they sometimes feel unsafe, was lighting, or lack of it in local areas. A lot of these comments mentioned the lack of street lighting in their local area, and how this made it feel unsafe when out and about after dark.”

Mrs Townsend pointed to the almost £1million received from Government to help tackle violence against women and girls in the county, including training for teachers in schools. She said: “We’re not going to police our way out of this problem. We do need to take a whole society approach.”