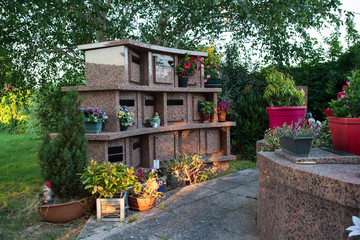 Reigate and Banstead borough council has shelved its plans for the area’s first crematorium despite having spent £350,000 on the project so far. The facility could have brought in more than £1.5million for the authority, but was rejected by councillors at a planning meeting in September 2021, despite the officer recommendation to approve it.

A decision then had to be taken whether to submit another application, proceed with a third party partner or appeal the decision, though it was then discovered the council could not appeal its own planning decision.
Reigate and Banstead Borough Council’s commercial ventures executive sub-committee considered a report into “project baseball” on Thursday (November 17) which detailed the closure.

The project, first brought to committee in December 2019, would have provided the borough’s first crematorium, and has been funded by the council through its reserves, or savings. Plans were refused at planning stage because of its location in the greenbelt, with more than 500 public objections to the application.

Council documents show the aim of the project was to provide a much needed and greatly improved level of service to the residents, while also bringing in income for the authority. More than 80 per cent of of dead people were cremated in the UK as at 2021, and facilities in neighbouring boroughs were found to be operating beyond their capacity.

Documents said: “[They] were not considered to serve customers, and particularly local people, well at a difficult time of life, either in terms of service, cost, environment and location/accessibility.” They went on to say the crematorium would aim to deliver “a higher quality facility and service” than the nearest competitors, closer to residents and those near the borough, and also bringing money in for the council.

Operating at full capacity, it was estimated the crematorium could have brought in more than £1.5m per year.