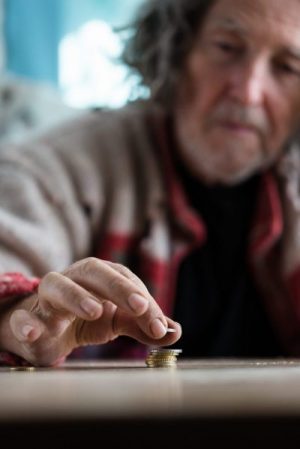 Hundreds of Surrey parents cannot afford a school uniform for their child, a councillor has claimed, as calls for an emergency summit dealing with the cost of living crisis were thrown out.

Liberal Democrat County Councillor Fiona White proposed a host of organisations draw up a joint countywide plan to alleviate residents’ financial pain, including Citizens Advice, food banks, trade unions, chambers of commerce and the legal advice charity Surrey Welfare Rights Unit. She said with energy prices more than doubling, inflation heading towards 11 per cent and the highest tax burden since the 1940s, people were struggling – and 450 people had been referred to a charity because they had no money left to buy their child’s school uniform.

Cllr Carla Morson (LD, Ash) warned the council they “could well be on the edge of a mental health crisis” unless they act, saying: “People in debt are considered to be three times more likely to have considered suicide”.

But the majority Conservative group said they were already doing what they could and one dubbed the Liberal Democrats’ motion “nonsense”. ‘We are putting more money into residents’ pockets’

Council leader Tim Oliver said the council’s Surrey Crisis Fund gives people at crisis point grants for energy bills, basic household goods or urgent repairs. He said: “I’m fully aware of the cost of living challenges. What we need to do is get more money into our residents’ pockets now and that is exactly what we are doing.”

Surrey County Council has launched an online health and welfare hub to provide residents with financial, health and general welfare information. Alongside this is a community helpline for residents who would rather talk through their situation, to which Cllr Oliver said the Job Centre referred one person who hadn’t eaten for five days.

The council was also providing £10,000 grants for cavity wall insulation, loft insulation or solar renewable technology, for those on a low income living in a hard-to-heat home, though the deadline for this has passed.

lt had also increased its match funding grants to the Community Foundation for Surrey, “invested £500,000 to find barriers faced by excluded groups to try and get them to enter the job market”, and dedicated a one per cent rise in this year’s council tax to mental health early intervention and prevention.

Cllr Oliver added that Surrey council had agreed staff on the lowest pay grade would get a 7.85 per cent increase, to £10.24 an hour, with the percentage increase dropping further up the pay scale and no increase for top earners. “These are practical things we are doing,” he said. “We can talk about the crisis forever, we can have summits, that is not what we should be doing.”

Cllr George Potter (LD, Guildford East) asked: “Are we really saying that there is nothing more that can be done by the county council? I’m happy to agree a great deal has been done, but to say that there’s nothing more we can accomplish by working with others – no new ideas – is absurd and obscene.”

He said from October the average household’s energy bill alone would rise to £270 a month, and Universal Credit for under-25s paid £260 a month for recipients to house, clothe and feed themselves as well.

Cllr Liz Townsend (LD, Cranleigh & Ewhurst) told the leader: “I would say that you need to walk in those person’s shoes in order to really understand. Spare a thought for those people who really now cannot make ends meet, who are going around supermarkets comparing prices, having to put things back on the shelves, who are going to bed hungry.”

Cllr Bob Hughes (Con, Shere) said: “It sounds to me like posturing, as if somehow the Liberal Democrats are the only people with the answers, trying to give the impression they’re the only people who care about this. The upshot of this nonsense is a motion that would make the poor poorer in the long run.”

He said the Lib Dems had ignored the Government’s £15billion support for those most in need, which includes a household support fund for the country of £421million between April-September, given to local authorities to use at their discretion.

Surrey has used it to, for example, continue to provide food vouchers for schoolchildren in holidays and top up food banks, community fridges and food clubs. It is not something individuals can apply for directly.

The £15billion also includes a £650 payment for means-tested benefit recipients and a one-off £400 discount to be delivered by energy suppliers to households over six months from October.

Cllr White (Guildford West) said £400 was not going to cover the increased bills.

The government used this estimate when deciding how much financial support to offer households.

‘People are consumed with their debt, they cannot think of anything else’

Forty councillors voted against the emergency summit proposal (July 12th), while 19 were in favour.

Cllr Will Forster (LD, Woking South) said he thought councillors would regret voting it down and added: “To get everyone together across Surrey to share best practice would have been really helpful.”

Cllr Townsend said: “To call the details in the motion nonsense is fairly insulting. People are consumed with their debt, they cannot think of anything else.”

Among 12 members who abstained was Eber Kington (Residents’ Association, Ewell Court, Auriol & Cuddington) who said he didn’t like the issue being “a vehicle for making party political comments”.

The motion included a call on the Government to reduce VAT, reinstate the pensions triple lock so pensions would rise with inflation, and restore the cancelled £20 Universal Credit supplement.

Cllr Jonathan Hulley (Con, Foxhills, Thorpe & Virginia Water) said the One Surrey Growth Board, which is already set up, was tasked with addressing inequality.

Cllr White responded: “I didn’t see Citizens Advice on there, despite the fact that they, day after day are having to try and deal with and help people through these issues. All too often we hear politicians say, ‘We recognise there is a problem but we are already doing…’. I think the examples given show that what we are already doing is not enough. We have heard that people are becoming absolutely desperate. We are leaving people behind.”

Where to find or offer help:

Apply to the Surrey Crisis Fund for help with energy bills or basic household items like a fridge or washing machine: https://www.surreycc.gov.uk/community/surrey-crisis-fund

For help on where to turn for financial advice, Surrey County Council’s Community Helpline on 0300 200 1008 is open Monday to Friday 9am to 5pm (excluding bank holidays): https://www.surreycc.gov.uk/health-and-welfare/support

Community Foundation for Surrey takes funding applications for projects to advance physical and mental health or to reduce disadvantage and increase access to services: https://www.cfsurrey.org.uk/applyforfunding/