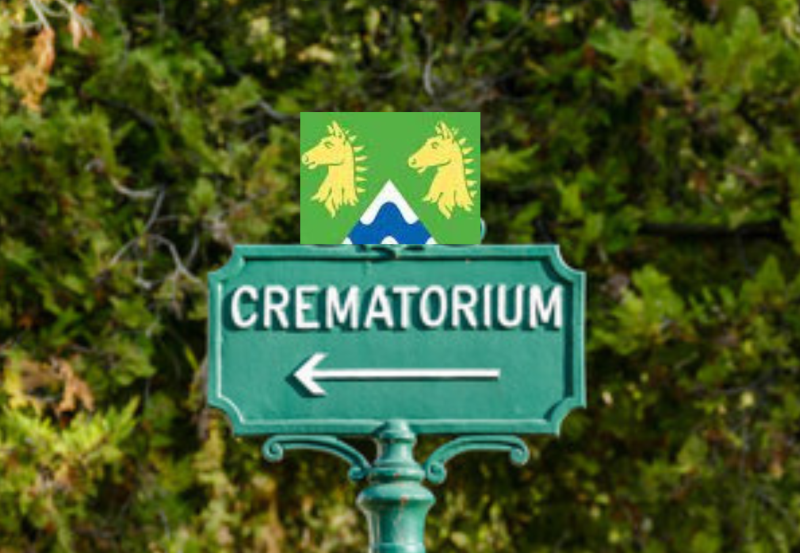 Epsom and Ewell’s powerful Strategy and Resources Committee went into secret session on four items of public interest at its meeting Tuesday 15th November. The four items were:

In each case the secrecy was justified on the following ground:

However, the Committee did not close the meeting during discussions on the motion to close. During that discussion Councillor Eber Kington (RA Ewell Court Ward) revealed in public that the “income generating opportunity” related to a crematorium.

Councillor David Gulland (LibDem College Ward) argued that the proposal “is an interesting development which would benefit from a wide-ranging discussion with our residents … I feel we’re trying to be too secretive…we should be open with what we’re trying to achieve with our assets.” The Interim Chief Executive, responded that “the reason this is a restricted item is because it’s a commercial opportunity and we need to protect our negotiations…with potential suppliers, etc”. However, Councillor Kate Chinn (Lab, Court Ward) agreed with Cllr. Gulland. “Part of making the business case is to see if there’s a need for it in the borough,” she said. “Surely the easiest way to do that is to ask the residents.”

It was at this point that Councillor Kington made the statement that “I want to get as much as I can out in the open. But what we have here is the Council looking at a possibility of a crematorium.” He went on to defend the proposal to exclude press and public: “ [If this] is a runner, it would have to come back to this committee and it may well be that that will be the time when it will be a public document. We don’t want to give anyone the heads up that this is what we are planning. In most cases, we will put things not on pink paper if we can help it.” [Ed. “Pink paper” is the colour of secret papers.]

The Residents’ Association majority on the committee agreed with Councillor Kington and excluded press and public from any further details of this and the other three items.

At the same meeting:

Following public consultation, a new polling station is expected to be in operation for the borough elections in 2023. This is to be situated in the arts centre at the newly refurbished Horton Chapel and will serve the residents of the new Horton Ward. This new ward will comprise the four former hospital sites of Clarendon Park, Livingstone Park, Manor Park and Noble Park, plus some roads that are currently in Court Ward around the northern end of Hook Road.

Receiving the detailed report that included this information Councillor Hannah Dalton (Residents’ Association, Stoneleigh Ward), asked about the Council’s preparedness for the introduction of voter id at polling stations. “There will be a lot of communication from the government about this,” the council officer replied. But he went to say that it will be a challenge getting it ready because the Council will be able to issue identity slips where people don’t have photo identity.

Councillor Liz Frost (Residents’ Association, Woodcote Ward) followed this up by asking about the cost implications of this for the Borough Council. The Interim Chief Executive, stated that “there are discussions going on with government at the moment … At the moment, the proposal is that local councils will fund ID cards … It’s an ongoing discussion.”