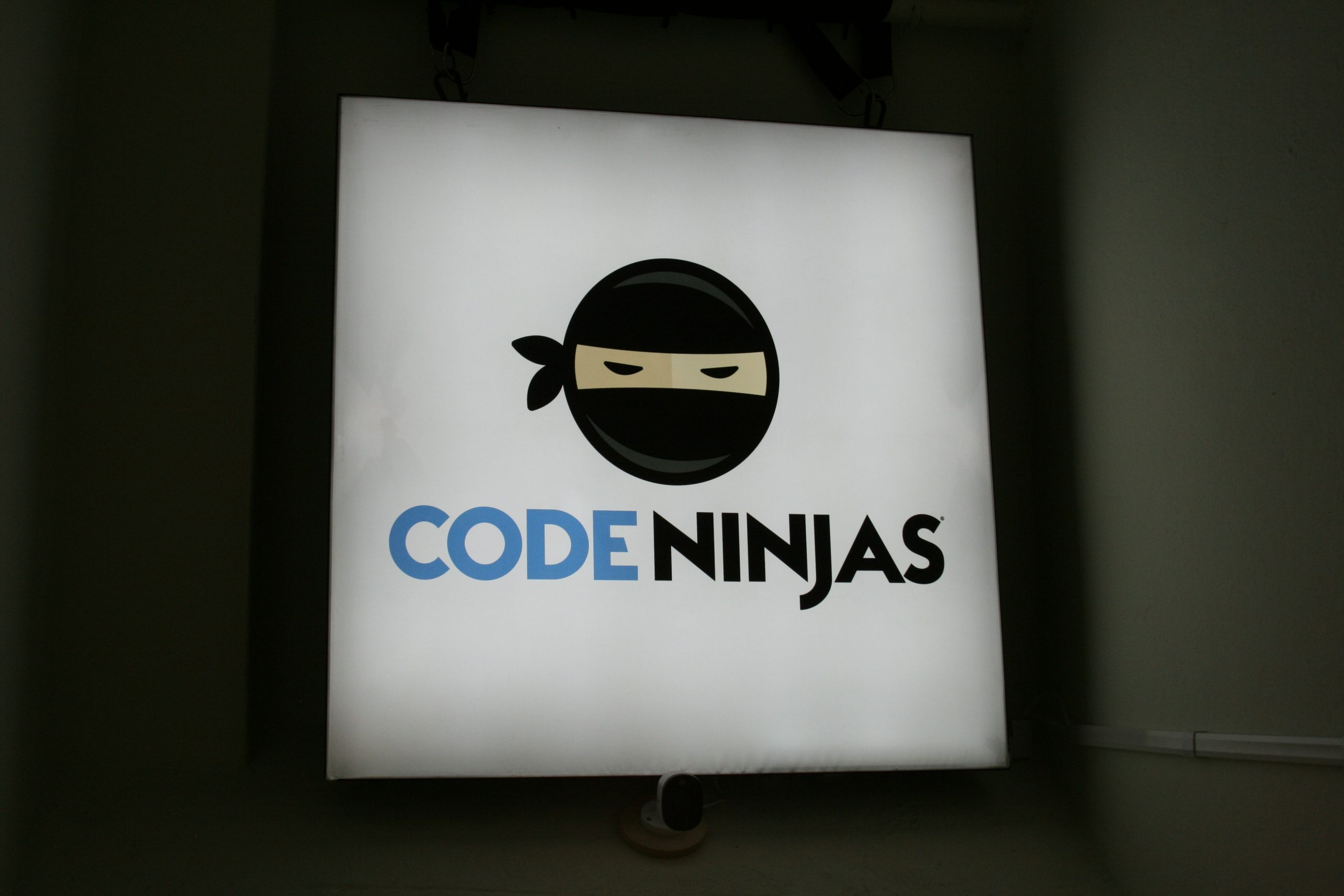 Code Ninjas is a brilliant school whose Epsom branch has recently been set up by Lee Richards, a former English teacher and tech worker, that focuses on teaching young kids (aged 5-15) how to code and make their own video games. I was lucky enough to be invited to their grand opening at St. Martin’s Church on Saturday to check out their set-up and have a chat with some of the organisers, and I was far from disappointed.

While working from home at the start of the pandemic, Lee reflected on both his 9 years of teaching English and the time he spent working online game development in Sweden and thought to himself, is there a more effective way to teach? Can I merge these careers together? Armed with a Masters in Philosophy and a post-graduate degree in teaching, Lee decided to open Code Ninjas Epsom.

In the basement of St Martin’s Church, walls adorned with detailed whiteboards and gaming paraphernalia surround 10 or so hard-working pre-teens, some are coding their own games, designing art assets to be used in said games, and some are using programmable toys. One thing they all have in common is they’re clearly having a blast. With computers spread out across the rooms, and “Code sensei’s” on hand to help the kids out, they couldn’t have been in better hands. Their whiteboards are covered in plans, designs and diagrams informing the kids’ coding decisions. Level names, level structure and other design plans are scattered over the board, between cute doodles of popular gaming characters.

Much like a regular dojo, the kids track their coding progress through “belts”, with different colours awarded for different levels of proficiency.

READ: Meet the man cycling to Ukraine for charity

“We’re agnostic about languages”, Lee tells me when I ask about which coding languages they focus on. “Most expect to be using Python”, (Python is commonly used for amateur video game development), Lee gets the kids started on C#, which is a more versatile language that is quite similar to Python but allows you to do more.

Even the mayor, Pete Donovan, was getting in on the fun, checking out the kids’ projects and congratulating the little Ninjas for getting their belts. Upon speaking with me, he cheerily recounts his brother’s youthful obsession with Sega games that used to keep him up at night.

Also on display at the church is an entire room dedicated to retro gaming, featuring consoles that are years older than me and decades older than the kids who were so gleefully using them. A ZX Spectrum, a Commodore 64, classic Nintendo consoles (NES and SNES) along with more modern consoles capable of 3D Graphics (Sega Dreamcast, Nintendo 64, PlayStation 1 and an original X-Box).

Coding, being so versatile and used for so many useful things, is commonly associated with the design and creation of video games. Through piquing the curiosity of the kids through their love of gaming, Lee is nurturing what could be a lifelong interest, or even career, for his Ninjas. It’s not just about careers for Lee, Lee believes that a digitally-literate generation of kids would be nothing but beneficial to humanity, and hopes to help forge these Ninjas into the digital pioneers of tomorrow.

If you think your child would like to become a Code Ninjas, have a look a their website for all the information you need: https://www.codeninjas.co.uk/epsom-sry-uk