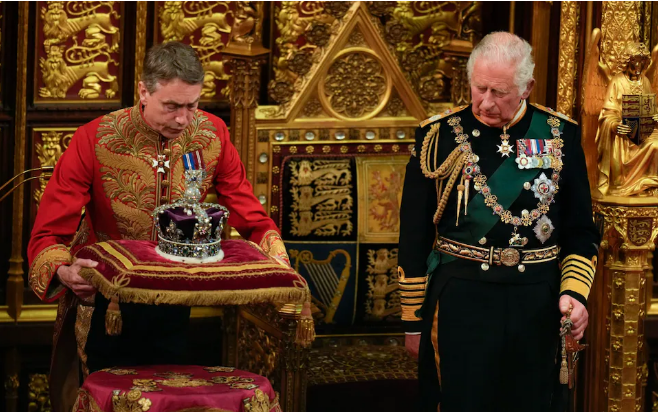 Queen Elizabeth was represented by the Prince of Wales at today’s parliamentary ceremony, due to  “episodic mobility problems” (according to Royal Doctors) preventing her from appearing in person. Her Majesty has only missed 2 of these events, both due to pregnancy. In these cases, the Lord Chancellor read her speech. Her Majesty has not missed a parliamentary opening ceremony for 60 years.

Prince Charles standing in as Queen’s counsel for the ceremony represents an enormous shift in the duties of the Prince of Wales. Another future King, the Duke of Cambridge, Prince William, was also in attendance, making his first appearance at the ceremony. Prince Charles carrying out the duties of the Head of State will surely attract media attention across the globe, as the longest ever serving Heir Apparent begins to share duties with his Mother.

The Queens absence raises questions around other events planned for year, Her Majesty celebrates her Platinum Jubilee this year, marking 70 years on the throne. Events are planned up and down the country. Perhaps the most famous of these events is the Epsom Derby, which the Queen is known to thoroughly enjoy, despite it being the only one of the 5 ‘Classic’ races she is yet to win.

Speaking to Hello! Magazine, Racing broadcaster Brough Scott said: “The thought of The Queen winning The Derby this year, of all the fairy-tale stories, that would be beyond it. It’s a wonderful thought.”

However, due to her mobility problems that have been plaguing her since last Autumn, is an appearance from Her Majesty at Epsom Derby going to be called into question? The Queen was absent from the Derby in 2021, due to the restrictions in place at the time due to the COVID-19 pandemic. If the Queen feel’s she cannot attend this year either, it’s safe to say that the mood will be severely dampened.

READ MORE: Platinum Jubilee: 5 things to do in Epsom!