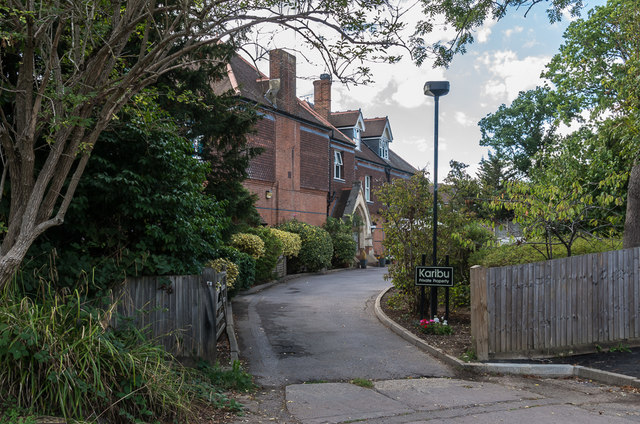 With improvements to be made to existing children’s homes, and new ones being built in Epsom and Walton, Surrey County Council is addressing a shortage of up to 60 children’s homes beds for young people in the area. High property prices, difficulty securing planning permission and staffing issues, tied in with existing children’s homes in need of repair and children with more complex needs have led to a “real problem” with provision in the county.

According to Rachael Wardell, the authority’s executive director for children, families and lifelong learning, the county is “quite a long way short” on being able to provide for looked-after children in Surrey, and will need another ten or 12 homes to meet its needs. These would come from both council-run children’s homes and private providers, with the county council currently having nine of its own homes and two new ones being built. She said the priority was always to keep children in Surrey where possible, to keep them near their families and communities.

The authority’s children’s services department was rated “requires improvement” in a January inspection, up from the inadequate rating it was first given in 2015. Asked if the council is playing catch up in terms of provision for young people being looked after by the council, Ms Wardell said it was “quite possibly true”. The executive director, who joined the authority in December 2020, said the county council has fewer children’s homes altogether than many neighbouring authorities, even across both in-house and private providers. She added: “When we look at some of the provision we’ve got for our children, it’s quite a long way short in terms of numbers. It also often looks quite out of date, it hasn’t necessarily been maintained or brought up to date on a regular basis over the years. What I would say is that we’re investing really strongly now.”

Part of that investment is more than £2million put into staffing, including staff achieving qualifications to be on a higher pay grade, and a recruitment drive since April which has seen 95 jobs offered and the council’s residential team fully staffed with managers, deputies and portfolio leads.

With improvements to be made to existing children’s homes, and new ones being built in Epsom and Walton, Ms Wardell said she wanted to be able to make children “feel like they’re in a lovely place” with really good staff. Figures from July show that just under 40 per cent of looked-after children in the county were in homes in Surrey, with the authority aiming to increase that number to 80 per cent.

The county council closed one of its own homes in February this year, within 24 hours of an Ofsted report in which inspectors said “significant” management failings left its residents at risk “of significant harm”.
In October, Elmbridge planners rejected an application for a children’s home in a Claygate cul-de-sac, despite support from the county council and a recommendation to approve from council officers.

Ms Wardell said those residents who objected to children’s homes had lost sight of the fact that they would be housing “children who’ve done nothing wrong, who’ve had a really, really tough life, and who need our support more than anything else”. Of the shortage of beds in the county, she added: “It is a real problem. Not being able to develop [homes] ourselves and for other providers not to be able to develop them restricts the choices and opportunities for Surrey’s children.”

She also said she is not the only children’s services director asking for Ofsted inspections that allowed more of a focus on the children and their journeys, as she reacted to an inadequate rating given to one of the council’s children’s homes in a report released last week. Saying regulatory inspections don’t look “in the round” at what is going on in a child’s life, and since inspectors “can’t be in the home every day” they identify problems from months previously that have often since been corrected. While saying she would sometimes want staff to spend time with children rather than updating records, if they had to choose between the two, Ms Wardell also said: “I’m not trying to wriggle out of the responsibility, when homes get that wrong. At the same time, when they’re trying to be very child centred, they’re sometimes doing things with that young person, and maybe not keeping their records as up to date as they should.”

She said being under less pressure with staffing would mean workers could both work with children and on paperwork, and that changes had been made to the system that logs information to make it easier for staff.
But she added that the “bounce” homes made between ratings and after inspections was “really tough” not only on staff but also on the young people living there, who would get a version of the report to read.

She said: “[The report] will say: ‘The thing that you were experiencing as supportive, helping you, getting you back to school and all of the other important things, was something that we don’t think is good enough.’” In small settings, she said a change of one or two key people could make a big difference, describing residential care as “more volatile than the rest of the service” and saying it could move both up and down quite quickly. She added: “Even the inconsistencies [across the county] are a bit inconsistent.”