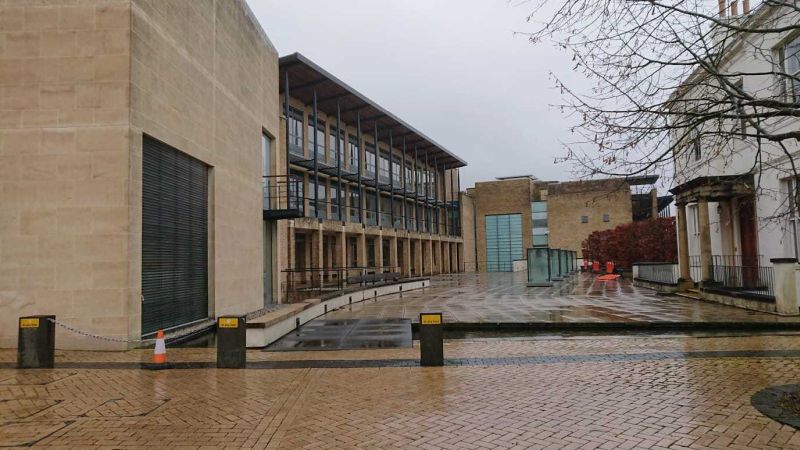 A “vulnerable”, unaccompanied asylum-seeking child has been given £15,000 by Surrey County Council after years of failings in his care which led to him sleeping on the floor of a restaurant where his friend worked.
The child twice attempted suicide and was hospitalised because of his mental health, having arrived in the UK alone aged 12.

After his arrival in March 2016, the youngster was found local foster placements by the county council until April of that year, followed by a residential placement in Manchester. An investigation by the Local Government Ombudsman after “Mr X” complained about the council said the authority did not “appear to have considered anything other than a ‘roof over his head’” at the later stages of his time under its responsibility. The ombudsman said the child was “extremely distressed and unhappy” at the placement in Manchester, telling staff he was 15, and not 12. The older age was accepted “without question” by the council, then the child ran away from the placement and attempted suicide.

There then followed several moves, including a placement with a foster carer of the same nationality, residential placements, including one in Staffordshire, and him being detained under the Mental Health Act. While he was in hospital, after a second suicide attempt, Mr X told staff he was not as old as he had said, but the council “refused to accept” his younger age according to the ombudsman.

The report broke down the “symbolic” payment of £15,000 as £10,000 to reflect the impact on Mr X’s education, £2,000 for the failure to assess Mr X’s age and needs leading to a lack of appropriate placements and care, £2,000 for his time spent homeless and £1,000 for distress caused, including delay to his asylum claim and legal action taken to establish his age.T he investigator said Mr X “was vulnerable, and his distress was severe and prolonged”. They added: “It is not possible for me to calculate a financial remedy for the distress Mr X has suffered as a result of fault by the council. There is no formula I can use. Any recommendation I make can only be a symbolic payment to acknowledge his distress. It is not ‘compensation’.”

The report showed that the child’s mental health deteriorated in early 2017, with social care records saying he was distressed and preoccupied by what had become of his family. After he was discharged from hospital, he repeatedly ran away from his residential placement in Staffordshire, eventually failing to come back and being recorded by the council as living “independently” when he could have been as young as 13.

Requesting a foster placement from the council, and being told there were none available, Mr X refused the offers of independent or semi-independent placements from the council. It was at this stage the ombudsman’s investigation said the council “should have been concerned with ensuring suitable aftercare to ensure Mr X’s recovery” but seemed to be looking only to provide “a roof over his head”.

Between January and April 2018, he was “sofa surfing” in London and sometimes slept on the floor of a restaurant where a friend worked, according to the ombudsman’s investigation. He then got help from the Refugee Council and a solicitor, who found him a foster placement and asked the council to formally assess Mr X’s age, with the authority concluding he was the older of the two ages that had been given.

This assessment was criticised by the courts in May 2019, who decided he was the younger of the two ages when Mr X challenged the council’s process. The council upheld parts of complaint made by Mr X, which included that it failed to carry out an age assessment when he first became “looked after” and that it was wrong to appoint his allocated social worker to do the age assessment. As part of the complaint made by Mr X directly to the council, the authority also accepted it had failed to assist Mr X with his asylum claim,  to arrange suitable education for him and to provide suitable placements (because of its failure to assess Mr X’s age and his care needs).

He was offered £2,000 compensation as part of the decision as well as an apology and an explanation of how problems had been addressed.

While the ombudsman welcomed steps taken such as the setting up of a specialist team to care for unaccompanied asylum seeking children, the investigator said the council seemed to have missed “the bigger picture” in dealing with the complaint. The findings said: “Mr X was a looked after child. The council was his parent. While the council accepts there were serious shortcomings in the care it provided Mr X, it has not responded in the way I would expect a parent to respond in the circumstances.”

The ombudsman found that for two and a half years, the council had treated the asylum seeker as “almost an adult when he was in fact a vulnerable child”, which impacted on decisions about accommodation and education. The report said he had now settled and returned to education, wishing to “move on, pursue his studies and make something of his life in England”.

The ombudsman said: “In making his complaint, he was keen to ensure council services for other young people in similar circumstances improved.”

A county council spokesperson said they could not go into specific detail for safeguarding reasons, but said the authority would always try to place children in accommodation appropriate to their needs and a full assessment would be done to assess this, with fostering being the first option explored. But they added that in some cases, children would come to the attention of the authority in an emergency and a full assessment was not always possible.

The spokesperson said: “We wholly accept the Ombudsman’s decision and we sincerely apologise for any distress that was caused. Our Social Workers are trained to undertake comprehensive age assessments in line with national standards. We also have an agreed accommodation strategy that places an emphasis on both the development of accommodation within Surrey and the recruitment of more foster carers.”