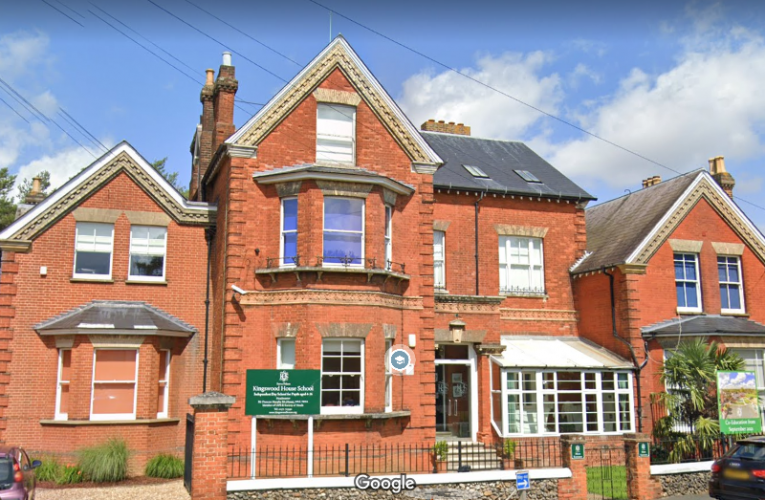 Kingswood House School is asking local people to join hundreds of residents in opposing the school’s landlord’s redevelopment plan. Around 100 local residents turned out at a community meeting on 10 th November in support of Kingswood House School. The School’s current landlords, the Aczel brothers who own extensive property in Epsom, have for many years made no secret of the fact, that they would like to replace the School with a housing estate.

The brothers have teamed up with local developer Steve Curwen and have confirmed that the plan is to get planning for a small school first and then apply to build houses on the remaining part of the site. With objections on the Council’s website already approaching 200, local people have made their views abundantly clear.

The application to replace Kingswood House School, a registered charity, which local residents regard as a trojan horse to facilitate the building of a housing estate, was described by MP Chris Grayling, in a message of support as: “an example of the worst form of business practice”. Grayling continued: “In reality this application is a sham. There is no known requirement for or plan to open a more limited facility like this on the site. Surrey County Council has said clearly that it has no intention of funding the development of such a school on the site, and there are no known private sector plans to do so.”

A very high percentage of Kingswood House’s 245 pupils have special needs and in recognition of its valuable work, the School has been made an Asset of Community Value by Epsom and Ewell Borough Council. Local residents heard first-hand about the difference the school makes as a former parent Helen Beckman, described in the most moving of terms, how the School supported her son who moved to it having suffered severe depression and mental anguish brought on by living through the tragic impact of Parkinsons on his father.

Headmaster Duncan Murphy explained that this was but one example of many similar cases within the School. If allowed, the new school would be a privately operated “for profit” venture aimed at 60 pupils with severe special needs for whom public transport would be out of the question, requiring travel to and from school to be by private transport. In order, to allow space for the housing estate on the current School’s playing field, access to the new school would be via a new road from West Hill Avenue, currently a quiet residential road.

The findings of the independent traffic experts were shown to the audience and demonstrated that given the level of traffic required, total gridlock in West Hill Avenue and surrounding roads would ensue at drop off and pick up times. Additionally, at least four trees would need to be felled to allow sufficient visibility for traffic exiting the new school. Experts explained that the gridlock effect would be exacerbated if the housing estate were to follow. The application would appear to have been made without proper ecology reports having been undertaken.

Curwen’s own ecology report submitted with his application, accepts that one of the buildings on the current site that is proposed to be demolished shows a high propensity as a bat habitat. As a protected species a bat survey should have been carried out over the summer months, but has not. It is understood that it is the Council’s practice to require full surveys before considering any planning application.

Given the lack of demand locally for the new school, the school would be looking to attract pupils from outside the borough with Curwen Group themselves admitting that pupils will be travelling at least 40 minutes to get to the new school. As regards Kingswood House’s pupils, none of them would qualify for the new school and all of them would need to find new homes. Given the special needs of many Kingswood House pupils and the scarcity of places locally, this is likely to pose a severe challenge.

Those wishing to object should endeavour to do so by 21 st November via the Council’s website tinyurl.com/epsomewellplanning

and entering the reference number 22/01653/FUL or by email to the case officer, Gemma Patterson at gpatterson@epsom-ewell.gov.uk (ref 22/01653/FUL)

Community Asset to be stripped?