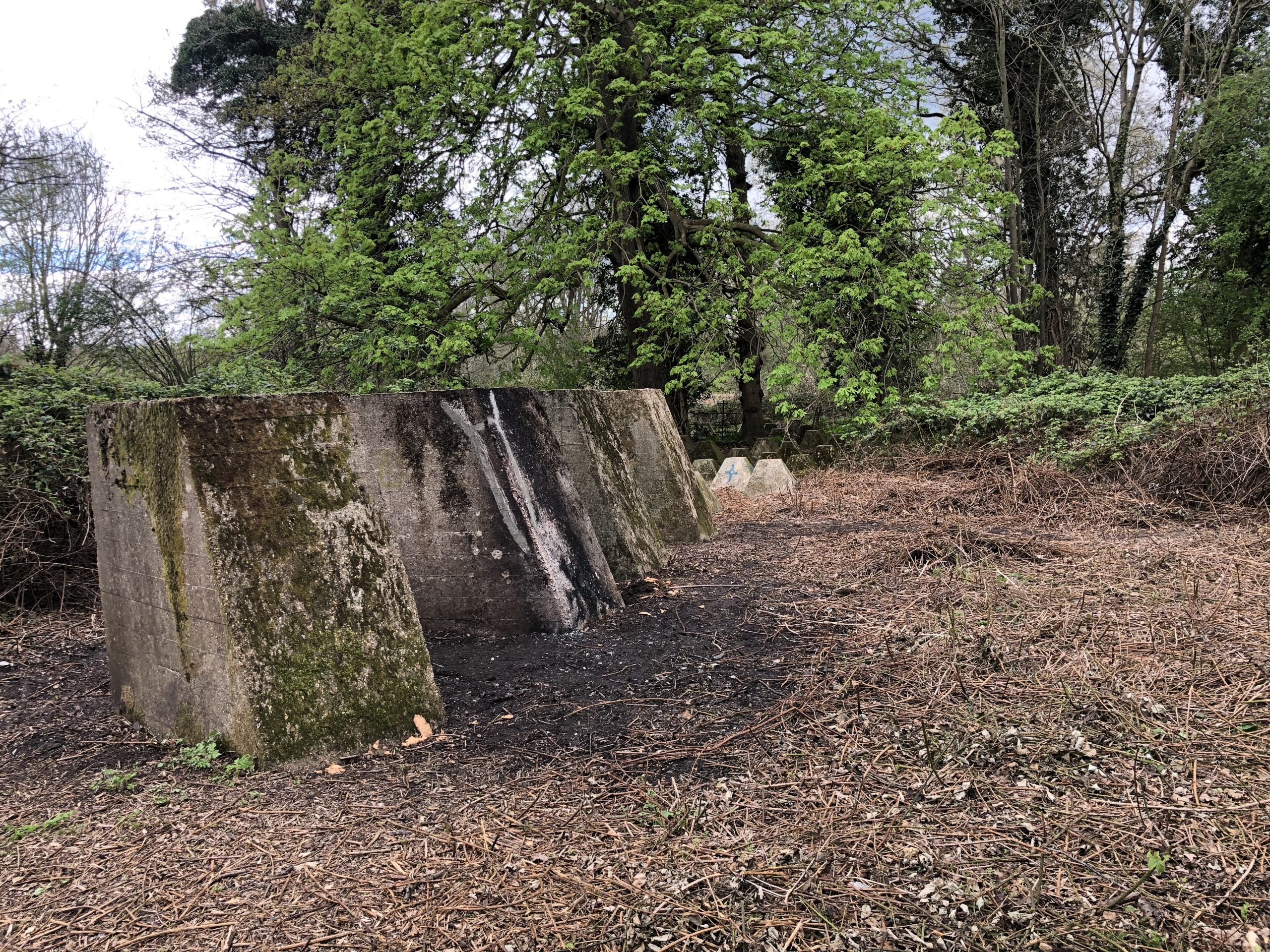 In 1939, following the declaration of the Second World War, thought was given to the real possibility of a German invasion of our shores. When The Channel Islands were invaded on 30th June 1940, thoughts were swiftly turned into actions. Mt Hitler wasn’t kidding!

The German Luftwaffe had begun its bombardment of our cities, softening us up for a land invasion. This caused our boffins at the MOD to come up with some radical defensive ideas. Altering the landscape was one such thought; so that aerial navigators were unable to find points of reference. So, things like the partially filling in, or splitting into two, lakes were intended to sow confusion. Also, particularly on our East Coast, fake villages were hastily erected, a mile or two away from the originals. However, a lot of thought was also given to inland defences, things that would disrupt and delay any concerted attempts of the enemy to take over the country once a landing had been made. Suddenly, in 1940, all across the UK and still recognisable to this day in many places, Pill Boxes were built of varying designs and sizes.

Another form of defence was also devised, one that was designed to slow down and hopefully stop a mechanised land force from racing across the landscape. These came in the form of ‘Tank Traps’, slabs of cast concrete of
varying sizes, from quite small to rather large and weighing several tons, being randomly placed in what were deemed strategic locations and routes.

Epsom, it seems, had these ‘Tank Traps’ in several locations and, in a
fairly close proximity to each other. It would appear that two ‘large’ ‘Tank Traps’ were built between two houses on West Hill, also, nearby at the start of Hookfield, over twenty were strewn across a front lawn it would seem. Just over West Hill itself, at Stamford Green, there were deep and wide ‘Tank Traps’ dug between Stamford Green pond and the Scout Hut in the grounds of the church. These landmarks have long been removed or covered over, leaving no signs of what was ‘the last resort for our defence’.

However, the tale isn’t quite done just yet as, for when I was out exploring on my bicycle, I came across, what I found out to be, the old cricket pitch on the grounds of what was The Manor Hospital, part of the Epsom Cluster. The perimeter of what was the oval is still very obvious and, there is something of a path following it around and it has a couple of benches in one corner. In this corner, I alighted on what I believe to be, the only remaining ‘Tank Traps’ in the Borough. Though when I first came across them they were covered by brambles which, have now been removed, showing them off in their aged glory but, still intact. With four large ones, six feet tall in a line and, set out behind them, around fifteen to twenty much smaller ones they look like a gaggle of goslings following four parents, quite comical, though humour was never the intention. I was astonished when I first found them as, at that time I hadn’t heard of ‘Tank Traps’ being set up in the Borough at all and, people that I spoke to of
them, lifelong E&E residents, had about as much idea as I did, to their existence. They are there if you wish to view them and may they stay among us, but hopefully never need to be used for their original intention.