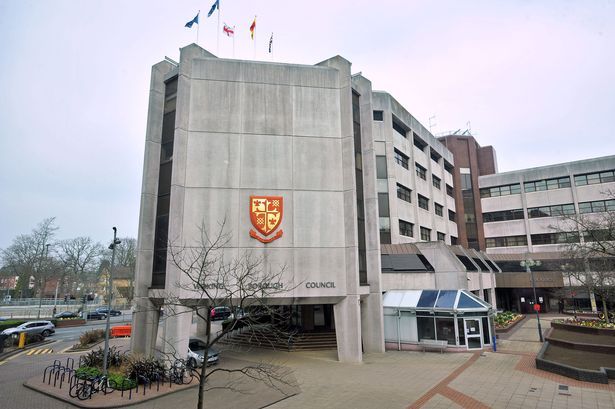 The senior councillor responsible for Surrey County Council’s money will step down from its cabinet amid a “potential conflict” as the Government calls for a review of finances at the borough council she used to lead.
Woking Borough Council’s forecasted £2.4bn debt has been called an “outlier” by government ministers.
The now leader at Woking was sent a letter by local government minister MP Paul Scully on Tuesday (October 18) which said the authority had the highest level of commercial debt relative to its size for a council.

It follows a letter that was sent to the borough council in May which said there was a need to tackle risk at local government level and protect taxpayers’ interest. Mr Scully’s letter said: “As you will be aware, the Government has in recent years expressed concerns that some authorities are putting taxpayers’ money at risk through disproportionate levels of debt, over-reliance on commercial income, or pursuing novel and risky investments.” He described Woking’s debt, forecast to rise to almost £2.4bn by 2024/25, as “an outlier” even among the other local authorities government was working with.

He also said he had concerns about the authority’s lending arrangements for major developments, the risks council and taxpayers were exposed to due to the long-term high levels of debt and the “sensitivity of these investments to commercial performance”.

Surrey County Council announced Councillor Ayesha Azad (Conservative, Woking South West), who led Woking Borough Council from October 2020 to May 2022, had decided to step down from the authority’s cabinet, where she was appointed in September. The county council’s leader, Tim Oliver (Conservative, Weybridge), said: “I have discussed this matter with Cllr Azad and in light of her recent role in Woking and a potential conflict in the light of the support being provided by SCC, she has decided to step aside from her cabinet position while this review takes place.”

On Wednesday (October 19) the borough council had announced a “partnership approach” to fixing the authority’s finances, working with the county council and continuing to work alongside the Department for Levelling Up, Housing and Communities (DLUHC).

Councillor Ann-Marie Barker (Liberal Democrat, Goldsworth Park), the borough council’s leader, said she was pleased the letter had recognised the “constructive and cooperative approach” taken by the authority in working with DLUHC and the county council. She added: “I welcome the support and additional advice from an independent review into the council’s finances, investments and related governance that has been offered on a non-statutory basis.”

She said since the Liberal Democrat group had taken control of the council in May, the administration had been assessing the debt, looking among other things at the rising cost of the Victoria Arch project, projecting a further £53 million in costs, and the funding of the Victoria Square development. Cllr Barker said: “It is however clear that difficult decisions will have to be made and significant financial challenges lay ahead. “My administration has taken decisive early action and is committed to ensuring that our financial position is resilient, affordable, responsible, and sustainable and I will ensure that that residents, businesses, and community partners are kept fully informed throughout the duration of this process.”

The authority’s portfolio holder for finance and economic development, Cllr Dale Roberts (Liberal Democrat, St Johns), said the first priority was taking “urgent preventative steps to stop the situation worsening” and said reviews would be carried out of the Thameswey and Victoria Square Woking companies.

In May’s local elections the Liberal Democrats won a majority on the council, after the Conservative group had led the council for 14 years.

The May letter, from then minister for equalities and levelling up communities, Kemi Badenoch, was received a week after the local elections, while Cllr Azad was still technically in position as leader. At the time Cllr Azad said that though the size of Woking’s debt was not disputed, the council was acting on a financial model accepted and encouraged by central government. Cllr Azad said at the time that of the money, £700m had gone into Victoria Place and £450m into Sheerwater which had provided between them new homes, retail and entertainment spaces, public spaces and space for NHS provision.

Cllr Oliver said in a statement: “Surrey County Council has agreed to work closely with Woking Borough Council on this review and to support them in the coming months to develop a sustainable and deliverable improvement plan. The residents of Surrey are our primary focus and, as we have demonstrated before, we will always do everything we can to help our fellow Surrey local authorities to protect the services our residents rely on.”