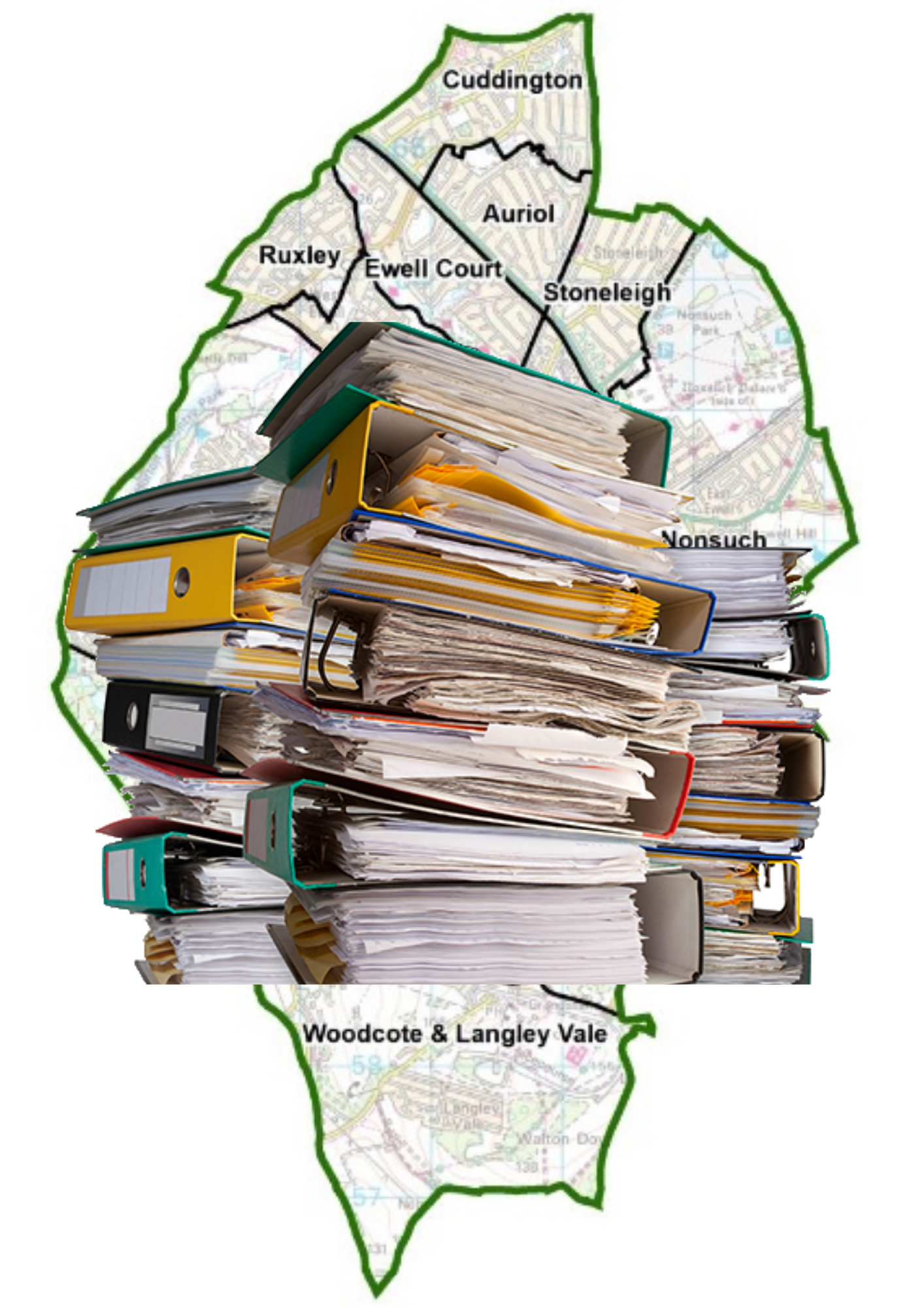 COST OF NEW LOCAL PLAN GOES UP BY ANOTHER QUARTER OF A MILLION POUNDS.

A meeting of Epsom and Ewell Borough Council’s Licensing and Planning Policy Committee on 21 June 2022 was presented with a shortfall of £255,000 in funding the delivery of the Local Plan.
The shortfall was discovered following a full review of the Local Plan progress and supporting
evidence base that was undertaken by the Head of Place Development earlier this year “to
understand the implications of changes in legislation and local context post Covid.”
These additional funds would be required to cover the Planning Inspectorate’s public examination of
the Plan, including their fees.
The total amount of money so far allocated to the Local Plan process was unclear. When Cllr Julie
Morris (Lib Dem, College ward) said that she had totted up the cost to be at least £1.3 million, the
Head of Place Development agreed to investigate and report back on the full official figure.
Cllr Peter Webb (Res Ass, Auriol ward) asked whether officers could assure the committee that no
further fund increases would be required. The Head of Place Development confirmed that she was
sure the latest requirement would be sufficient to cover the standard process as long as the Council
kept to the agreed scope and timetable but that there was still uncertainty about unknown variables
such as the level of response to the public consultation.
The committee was warned that the new Levelling Up & Regeneration Bill announced in the
recent Queen’s Speech could include some significant changes to the way local plans are
produced and may involve some additional duties.
As the Local Plan is a mandatory document, the Council has no alternative but to find the
necessary funding for it.
The committee meeting started at 7:30 pm and closed at 7:48 pm.

See Epsom and Ewell Times’ earlier report on The Local Plan of 7th June and the report on the £225,000 costs of the Town Centre Masterplan of 13th June 2022