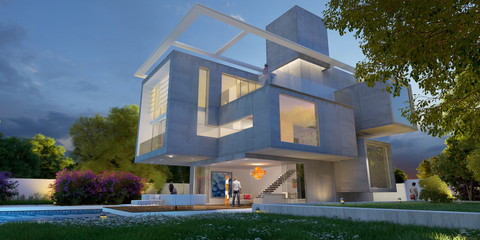 “Very expensive” houses on private estates in Surrey should be added to new council tax bands to make the collection process fairer, according to one councillor. As part of the Autumn Statement, Jeremy Hunt announced more “flexibilities” for local authorities to increase council tax by 5 per cent per year without a referendum from April next year. The rise could mean average council tax bills look increase to more than £2,000 for a Band D home as councils look to fill holes in their budgets.

Councillor Nick Darby, (The Dittons, Dittons and Weston Green Residents), the Residents’ Association and Independent group leader on Surrey County Council, said legislation at central government level could make the system fairer. In what he said would be a “significant change” in the system, Cllr Darby said a threshold could be set on homes worth more than, for example £5million, and two new council tax bands created to get those homes to pay more “as a matter of principle”. He added: “I don’t mean your average three-bed semi. If you go into areas of Surrey, in the private estates in Esher, Weybridge you’ve got people with very expensive houses.”

He asked if it was fair that those who have “those very, very expensive houses” pay the same council tax as someone in a house with “very much less value”. But he said the plans should not impact on those who were “already struggling”. He said for people who were “asset rich and cash poor” the payments could be put off until the house was sold, rather than having to pay immediately or be forced to sell their home.

County council’s budget “already under considerable pressure”. The Surrey Liberal Democrats said people in Surrey were being asked to pay for Conservative errors to fix the economy and oil and gas giants were being “[let] off the hook”. Will Forster (Woking South), Leader of Surrey Lib Dems said: “We know that the county council’s budget is already under considerable pressure and today’s announcements will not make balancing the books any easier. It remains to be seen whether the Tory administration decides to use the extra flexibility they will have to set a much higher level of council tax, to help make up the shortfall. We need a fair deal, including support for people unable to afford skyrocketing mortgage bills and rents, and protecting funding for local health services. This could be paid for by reversing tax cuts for banks and a proper windfall tax, instead of imposing years of stealth taxes on ordinary families.”

Surrey County Council’s leader, Tim Oliver (Conservative, Weybridge) is chairman of the County Council’s Network, and praised the Chancellor’s decision to delay social care reforms until 2025 as a “brave” one. He said postponing these reforms and putting money into frontline care services was welcomed and would protect the most vulnerable also giving councils “vital time to stabilise the care system”.

The county council previously warned of concerns that without a delay, the authority could face bankruptcy. With his county council leader hat on, Cllr Oliver said there was much in the statement local government could be happy about. He said investment in schools, skills and research and development would allow Surrey residents to access new, higher-paid opportunities, a priority for the council.

Cllr Oliver added: “Businesses in Surrey will also be pleased to know that they will not see business rates going up next year, while central government will also be ensuring local authorities are not out of pocket as a result. “We were also pleased to see that capital budgets for the next two years will not be cut, meaning we can continue to develop the world-beating broadband and transport infrastructure companies need to grow and thrive.” He said the authority would work closely with government ahead of the local government finance settlement due in December and would continue with its own budget setting, soon to be published for public consultation.

Another councillor looking ahead to December’s finance settlement is the Guildford deputy leader, Cllr Joss Bigmore (Residents for Guildford and Villages.) He was concerned there was not enough support to help local authorities protect frontline services. With an increase of more than £1.5m in energy costs just at the borough’s Spectrum leisure centre, he said: “It’s all well and good being allowed to increase council tax but it’s nothing compared to inflationary pressures.”

Epsom and Ewell Times adds: Tim Oliver was interviewed on BBC Radio 4’s PM programme 18th November and said he hoped the Council would not have to raise Council tax by 5%. He said the position was ameliorated by the promise of central Government of £6 billion to finance adult social care. So, a rise in Council tax “probably not, possibly not…” In a Surrey County Council press release issued later in the day Mr Oliver has added:

“Today’s autumn statement contained much that local government can be happy about, helping us ensure no-one is left behind. I am pleased to see that government has listened to our calls for a postponement of the adult social care reforms and for further support for the service. It is also good that the government will be developing a workforce plan for the sector and the NHS, to ensure we have the capacity to deliver these vital services.

“Businesses in Surrey will also be pleased to know that they will not see business rates going up next year, while central government will also be ensuring local authorities are not out of pocket as a result. We were also pleased to see that capital budgets for the next two years will not be cut, meaning we can continue to develop the world-beating broadband and transport infrastructure companies need to grow and thrive.

“Finally, the new investment in our schools over the next two years, as well as other announcements about skills and research and development, will enable Surrey residents to access new, higher paid opportunities. This is a high priority for us, and will be a key driver to ensuring Surrey continues to lead the country as we seek the growth that will take us through the current economic uncertainty.

“We will be working closely with the government over the coming weeks, particularly as we approach the local government finance settlement due in December, to work out the details attached to these measures. In the meantime, we are also proceeding with our own budget-setting process, which we will be publishing for public consultation shortly.”