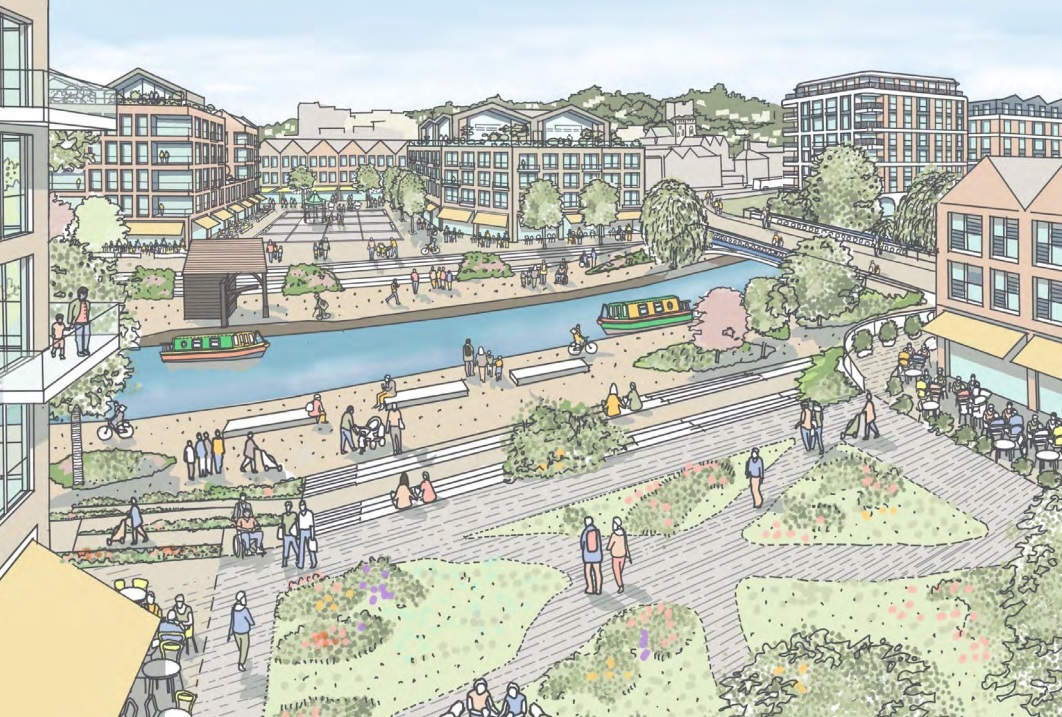 Not an Epsom and Ewell report but Guildford’s ambitions may signal a local future? [Ed.]

Congestion charge could be coming to Guildford as the council looks at ways to reduce traffic and raise money to support sustainable travel. As part of wide-ranging plans for the town centre, including more than 2,000 new homes, opening up the area around the river and overhauling the one-way system, officers are also starting to look at the options for some form of charge to drive into the town.

A meeting of the borough council’s executive on Thursday (September 22) approved £3m to be moved into the relevant budget for the next stage of planning to begin. The meeting heard that more had to be done to encourage businesses to set up and stay in the town, and more measures needed to be taken to protect from flooding.

Council leader Cllr Joss Bigmore introduced the range of consultants at the meeting as “a number of very expensive people” who would talk through the plans as they currently stand. All works will go through the usual planning stages at the borough council. Andreas Markides, from independent consultancy Markides Associates, told the meeting a lot of work had been done to gather data on how people were travelling to the town and where from, using car parks, traffic surveys and mobile phone data.

He said many elements would be considered including improved cycling and walking in the town, a better park and ride service and the consideration of “some form of congestion charging”. Mr Markides added: “I don’t know at this stage what form that will take, there are dozens and dozens of different forms. “But I think that would be a very good way of not only deterring car traffic to come into the town, but also to get money that we can put towards more sustainable measures.” He said the next step was to work on traffic modelling plans with Surrey County Council and looking at the whole town.

The basics objectives of the plans were as follows according to Mr Markides:

Getting rid of the one way system because two-way roads mean slower traffic and more attention paid to pedestrians;
Opening up the riverside to the town centre, “cutting out” a lot of existing roads “so that the the town centre can roll down to the river as required by the master plan”;
Removing some traffic lanes to give priority to cyclists, pedestrians and buses;
Maintaining access to all key destinations in the town such as the bus station, train station and car parks.