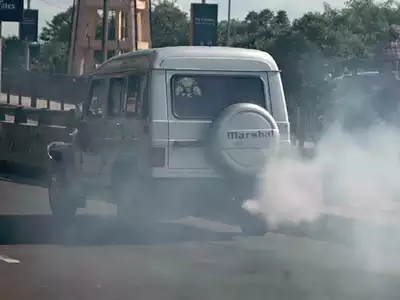 The Ultra Low Emission Zone (ULEZ) that charges old diesel and some old petrol cars £12.50 a day 24/7 for travel in inner London might be expanded to Epsom and Ewell’s borders from August 2023.

The Mayor of London’s case for the expansion of ULEZ is summarised in the consultation document: Health crisis, climate crisis and road congestion.

“London’s air quality is a public health crisis. In 2019, it’s estimated that more than 4,000 Londoners died prematurely because of filthy air, with the greatest number of deaths attributable to air pollution in outer London boroughs. The London boroughs with the highest number of air pollution related deaths in 2019 were Bromley, Barnet, Croydon and Havering, proving that poor air quality is not just an inner London problem. More than 500,000 Londoners suffer from asthma, making them vulnerable to toxic air pollution. If we do not act now, it is estimated that more than 500,000 Londoners will develop diseases attributable to toxic air pollution in the next 30 years.

We face a climate crisis. Last year the COP 26 conference concluded that without urgent action, there will be catastrophic temperature increases and extreme weather events. London is already suffering these, such as flash flooding of some stations, schools and hospitals in 2021.

Road congestion is still a big problem. Congestion cost the capital £5.1bn last year alone. This heavily impacts businesses, bus customers and other essential services. Longer journey times affect us all. Traffic can negatively impact our health and wellbeing, and increases road danger. This makes our city a less pleasant place to live, work, visit and do business.”

Epsom and Ewell Times asked all the Councillors representing Wards in the Borough with London area borders:

The irrepressible Jan Mason (Residents Association) for Ruxley Ward was first off. “My Ward is on the Boundary of Chessington and would be greatly affected by these proposals. Plus of course the thousand of vehicles which use the Chessington  Road to go to work  or to go to the Merritt Doctors’ Surgery and the shops and schools and to join the M25 etc. In other words the proposal  is ridiculous. Yet again an ill thought out proposal”.

E&ET: [Note that in fact by using Ruxley Lane, the Ewell-By-Pass and A3 you will be able to get to the M25 without crossing into the proposed expanded ULEZ.]

Next we have a response from John Beckett (RA) Auriol Ward: “I oppose the plans as they stand but, if they do go ahead, there need to be more ULEZ free travel corridors that enable Epsom and Ewell (E&E) residents to access locations such as Worcester Park shopping area, Tolworth shopping area, Malden Rushett access to the A3 along the A243 Hook Road, Chessington without having to be penalised for supporting London businesses by paying the charge.

Many residents in West Ewell, Ruxley, Auriol, Stoneleigh, Ewell Court and Nonsuch have their doctors’ surgeries, medical facilities, local shops, leisure facilities, open spaces (Nonsuch Park), friends and family and schools etc just across the border. Many hundreds of residents in Nonsuch Ward live so close to the border that their postal addresses fall under Sutton and not Epsom and Ewell. The new hospital for Epsom & St. Helier Trust will be located next to the Royal Marsden Hospital in the London Borough Of Sutton. This would mean that Surrey residents would have to pay to go to their local hospital. Epsom’s Maternity Unit will be transferring to this new hospital site which means that our expectant mothers will have to pay to have scans, check-ups and to give birth!”

Epsom and Ewell Times notes from the map of the proposed ULEZ that Malden Road, where the Worcester Park shops are, is not in the zone.

“Those who live at the north end of Epsom and Ewell and in Nork are probably particularly aware of the Mayor of London’s plans to extend the Ultra Low Emission zone to the London boundary. This would mean that older vehicles would have to pay a daily charge to drive across the boundary.

Clearly this has major implications for many people living locally, and while I understand the intent behind the policy, it is in my view damaging and unworkable for the areas immediately adjoining the boundary. Transport for London has yet to give clear details about how it would work on the border – for example what do they plan to do with cases like that of Sparrow Farm Road in Stoneleigh? This road is in Surrey on one side and in London on the other. But it would mean a charge for many Surrey residents doing local journeys or driving from one place in Surrey to another if the route crossed the boundary.

I have lodged an objection to the scheme because of this, and would encourage residents here to make their views known to TfL.”

The consultation ends on 29th July 2022. You can have your say via this link