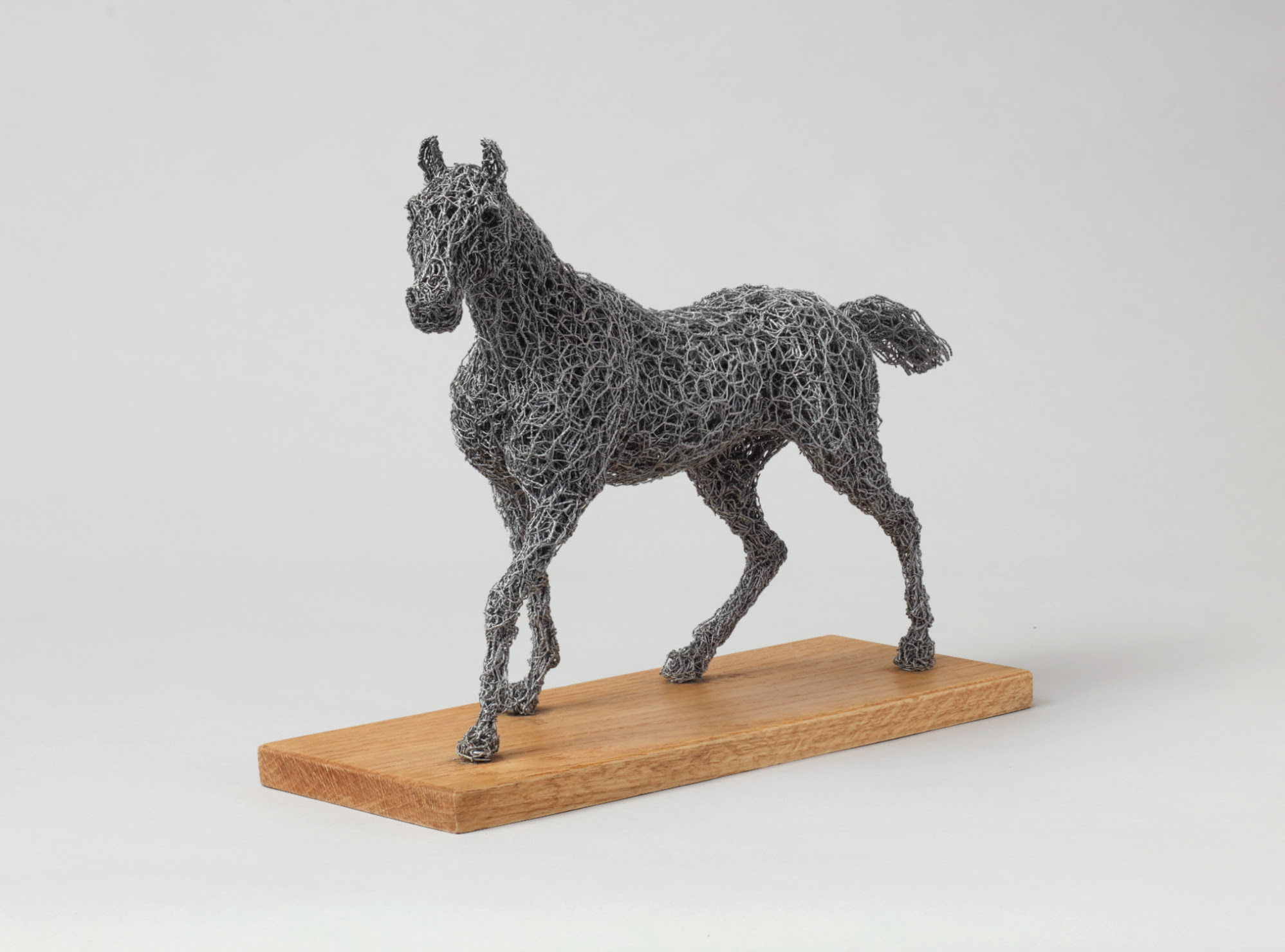 Epsom based sculptor Kendra Haste has created a painted galvanised wire sculptor of Lord Derby’s 1779 inaugural Oaks winner, Bridget. Epsom’s own “The Oaks” became the second oldest “classic” horse race after Doncaster’s 1776 St Leger. The Oaks race is for three year old fillies and is run over 1 mile, 4 furlongs and 6 yards of Epsom’s Downs racecourse. So called as the first race started from Edward Smith Stanley, 12th Earl of Derby’s estate, in the area now known as Oaks Park in Carshalton.

Bridget, a thoroughbred, was kept in a stable block on the estate and has a very special link to Kendra. 243 years later, the building is home to the sculptor’s studio.

The piece depicted above is the first in a series of small unique maquette sculptures depicting Bridget. For further information about these works, you can enquire here.