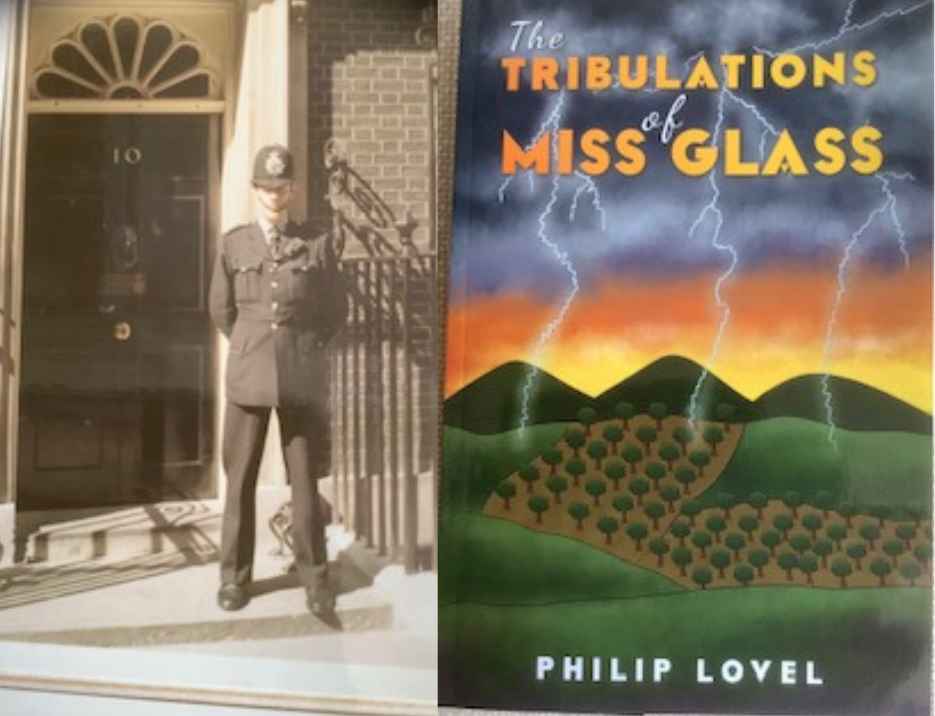 Epsom man Philip Lovel celebrates his 80th birthday today (Thursday 28 July) in the knowledge that he has successfully published his first ever novel – a classic ‘whodunnit’ now available on Amazon and at bookshops.

Philip is a retired police officer who has lived in Epsom for almost fifty years and has had a decades-long ambition to write. The result was the 190-page crime thriller ‘The Tribulations of Miss Glass’, published through London publishing house Austin Macauley.

Set in the 1920s and 1930s, the novel tells the story of a missing headmistress, a murder and mysterious goings-on in and around a small town in the Midlands. The enigmatic schoolteacher Letitia Glass and her disappearing colleague are at the centre of the action – with fictional detectives Chief Inspector Martin
and Inspector Carlsen on the trail.

The book’s twists and turns aim to keep readers guessing. Will Miss Glass – who can be cruel and kind in quick succession – reveal her secrets? And whose is the body in the quarry?

Philip said: “I had great fun writing it and am delighted the book has now been published. I drew on my policing experience from the 1960s and 1970s and then adapted it. Policing a century ago was very different to now – no radios, no DNA, and operating under different laws and procedures.” He adds: “A few of the characters are amalgamations of teachers and other people I knew from my childhood growing up in Malvern, Worcestershire and later at work but I don’t think anyone will recognise themselves!”

Philip plans to spend his birthday in Epsom, celebrating with family – and his new status as a published author.

The Tribulations of Miss Glass is published by Austin Macauley
wwww.austinmacauley.com.