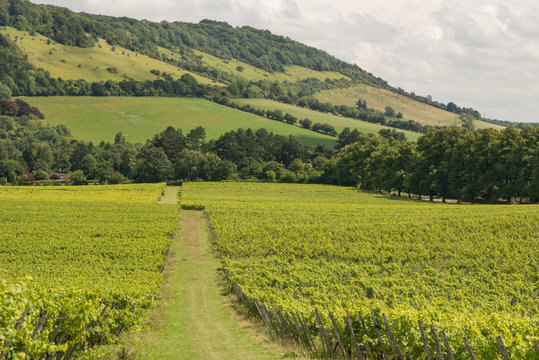 All green belt sites could be removed from Mole Valley’s plan for homes following proposed changes to planning at central government level. A specially-called meeting of the district council will be held this month to discuss asking the government inspector looking at the authority’s local plan her opinion on removing the sites.

The council’s local plan, which sets out where and when 6,000 homes will be built in the district up to 2037, was put on hold in December when Michael Gove announced changes to housing targets at central government level.
A consultation is now running on plans to update the National Planning Policy Framework, closing on March 2.
The council’s leader Councillor Stephen Cooksey (Lib Dem, Dorking South) said along with four other members of the council’s cabinet, he had called for an extraordinary meeting of the council on January 16.

The council will be asked to consider seeking the inspector’s view on removing all green belt sites from the draft local plan. While many of the new homes were planned for towns like Dorking and Leatherhead, green belt sites had been released to ensure the authority could reach its housing targets set by central government.
Residents and councillors had raised concerns about developments in rural areas as well, and the impacts they could have on communities, roads and infrastructure.

The council’s cabinet member for planning, Cllr Margaret Cooksey (Lib Dem, Dorking South) said changes to planning policy removed the “central direction” of housing numbers and the need to develop the green belt in order to meet them. She added: “If the inspector agrees with our proposed process, as we hope she will, this can be achieved by introducing a major modification, which would allow the plan to proceed to the next stage of consultation on all the proposed modifications.”

[Ed: Epsom and Ewell Times hope to bring you an update on the position with Epsom and Ewell’s Local Plan next week as we await news from the Borough Council.]