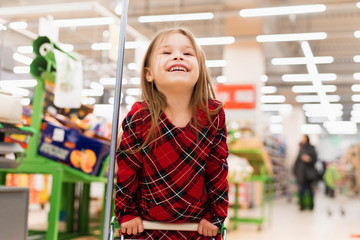 Merland Rise church caretaker told LDRS* reporter: “Last week a young girl, about 12 years old, came and knocked the door. She’d gone to Asda with her pocket money and spent it on food for the food bank. I was nearly in tears.”

Decision makers need to listen to the “lived experience” of people using food banks to tackle the root causes of poverty, according to one organiser. Tadworth’s Merland Rise church is home to a weekly food bank, as well as being one of Surrey County Council’s warm hubs, where people can go if they are struggling to heat their own homes.

While uptake on the warm bank had been slow, the modern church was still a hive of activity when the LDRS* visited in late November to talk to some of those involved. The food bank has seen a rise in its users, and has moved downstairs to a bigger room in the church, while organisers are sure that as people use the church for other activities, the news will start to spread about the warm hub.

The building, where warm hub visitors can get a tea or coffee and a hot meal, is large and modern, and used for many community activities. Its administrator Christina Lane said she probably takes the building for granted given she goes to church there every week. She recognised that many people were struggling at the moment, and didn’t want anyone to feel embarrassed about coming down. “There’s no shame, we just have to club together,” she said.

Jen Barnard is strategy lead at Good Company, which was established this year and is an umbrella organisation working with several food banks, the Epsom and Ewell Refugee Network and the Epsom Pantry among others.
She said there had been a rise in numbers of people using the food bank, compared to pre-pandemic levels, and that 10,000 food parcels have been given out this year across the five food banks in Banstead, Leatherhead, Tadworth, Epsom and Ewell.

Offering advice to those who visit on all aspects of their life, Ms Barnard said people may be referred on for mental health support, help with applying for disability benefits or advice on reducing energy consumption.
A key part of the work, she believes, is in listening to users and looking at what changes might help them.
“It seems like a small thing,” she said, “but listening to people and understanding that everyone is an individual, everyone is unique. And a willingness [is needed] to try to think in new ways, and trying to really hear what people are saying and respond to it.”

She said the organisation’s aim was to work towards a poverty-free future, but in the meantime to support those who needed it. “Very much a part of our strategy is participation and trying to bring together people with lived experience with decision makers, trying to say: ‘We can make changes locally that are going to improve people’s lives,’” she added.

Andrea Lewis is the Merland Rise church caretaker, who helps run the building including the many events that go on there, from the food bank to birthday parties, exercise classes and more. Speaking before December’s cold snap hit Surrey, she said the warm hub hadn’t really “kicked off” but she thought the word would spread as more people visited the church, including for a Surrey County Council bingo event taking place that afternoon.

Word spreading throughout the community also means people are being brought together at a time when many are struggling. Surrey County Councillor Rebecca Paul (Conservative, Tadworth, Walton & Kingswood) and Reigate and Banstead Borough Councillor Rod Ashford (Lower Kingswood, Tadworth and Walton) both recognise that people get a lot out of volunteering for projects such as the food clubs that run in the borough.

The borough council scheme offers people discounted food for an annual subscription of £1 and £2 payment to attend each week, giving people more ownership of the situation. Cllr Paul said: “In an ideal world we would hope that we wouldn’t have to do this.It does strengthen communities, it’s building the social fabric that these things are going on.”

The warm hub is open on Tuesdays from 10am-6pm, though it won’t be open on December 27.

Cover image – for illustration only.