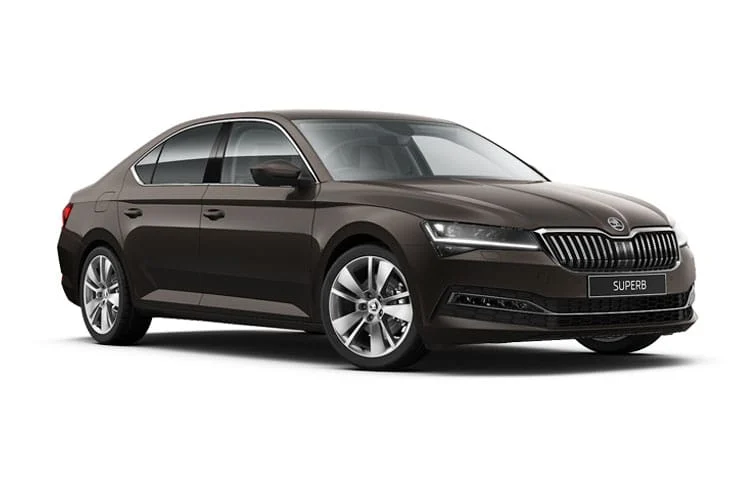 The new civic car leased by the Borough of Epsom and Ewell will be a plug-in hybrid vehicle, according to a recent decision by the Council’s Strategy and Resources Committee.

The current vehicle, a black 5-door 1.4 TSI Skoda Superb, is to be replaced with its hybrid version at an annual cost of £3,760, as the 5-year lease agreed in 2017 expired at the end of July and could not be extended.

The option was welcomed unanimously by the members of the Committee, who discussed the choice in a brief debate, chaired by Cllr. Neil Dallen (RA Town Ward), before casting their vote.

The price for the new car will be covered adequately after the previous budget of £3,060 was uplifted by £700 in line with Consumer Price Index inflationary increases. The fresh sum, however, would not secure the lease of a full electric car that meets all the requirements of the Council.

Electric vehicles “are very expensive,” said EBBC’s Head of Corporate Assurance, who outlined the different available options to Councillors. “What we could afford is quite a small electric car”, which would not be comfortable for those sitting in the back seats.

Officers conducted market research to present a comprehensive list of alternatives to be considered. Along with the recommended model, the current vehicle could be replaced with the same petrol version for an annual cost of £3,650. This possibility, seen as the most disadvantageous, would not be consistent with the Council’s environmental commitment and might burn finances through the current ballooning oil prices.

A greener and cheaper solution seemed to come with the Hyundai Kona, a subcompact SUV that would cost £2,736 annually, later dismissed for practicality reasons.

Only two, full-electric models were available for leasing. The Nissan Leaf would be within budget, at £3,084 per year, but would not overcome the constraints of smaller cars. Conversely, the Hyundai Ioniq 5 would be a bigger choice, but above the Council’s spending plan.

Doubts on the favoured option were voiced during the meeting, with Cllr. Alan Williamson (RA West Ewell Ward) worried that a more expensive and non-full-electric vehicle might harm the public image of EEBC.

The mileage averagely carried out to chauffeur the Mayor and his Deputy when undertaking official duties is estimated to be around 3,000 miles per annum. Although the vehicle agreed by the Committee would still be partially dependant on refuelling, the relatively short distances travelled would allow to save more than £400 on oil every year, while being climate-friendly, according to projections published by the Council.

Along with the new civic car, members were asked to endorse the installation of a reserved charging point. This would attract a one-off cost of approximately £1,500.

Traditionally, the vehicle is meant for the sole use of the Mayor and Deputy Mayor and would otherwise remain parked. Some wondered whether the car, and the charging point that is to be installed, could be employed as a common good at the community’s disposal.

“It does seem as a sort of asset” to use for other opportunities, said Cllr. Colin Keane (RA Nonsuch Ward). “Other people can use the charging point” once the Mayor’s car has moved away, echoed Cllr. David Gulland (Liberal Democrat College Ward), who showed disagreement with the recommendation of fitting the station within the garage.

McTaggart embraced Keane’s suggestion, but rejected the proposal coming from Gulland. “It is to do with the speed of how quickly this particular model has to be fully charged to then click into electric,” she said. “If someone was already using the charging point, you then could not recharge the vehicle.”

According to data published by Surrey County Council in 2017, the number of electric vehicles registered in the County topped 2,500. As the interest and awareness generated in recent years only raised, the current digit is certainly higher.

As reported by Zap-Map, a leading platform for EV drivers throughout the UK, there are 14 charging stations available in Epsom and Ewell, but more spots might be needed in the area to satisfy the increasing demand.

In a recent consultation by Surrey County Council, residents were asked where they would like their charge points. An online map has been set up to pin favourite locations and leave a comment.

Ideally, charge points should be installed in zones where use would be high, where vehicles can be parked legally and safely, with enough pavement space, and where power supply can be easily accessed.

With the first 80 charge stations being put in place in Guildford, Spelthorne, Waverley and Woking boroughs, 52 spots have been already suggested within the area of Epsom and Ewell.

Surrey County Council, which has just obtained £482,250 to fund the endeavour, will decide where to install a further 110 on-street points across six boroughs in the coming months.

“Surrey County Council has a role to ensure charge points are installed in the right locations so we can achieve a wide network that meets the needs of Surrey residents,” said Matt Furniss, Cabinet Member for Transport, Infrastructure and Economy.

Related article: Yet more on ULEZ….