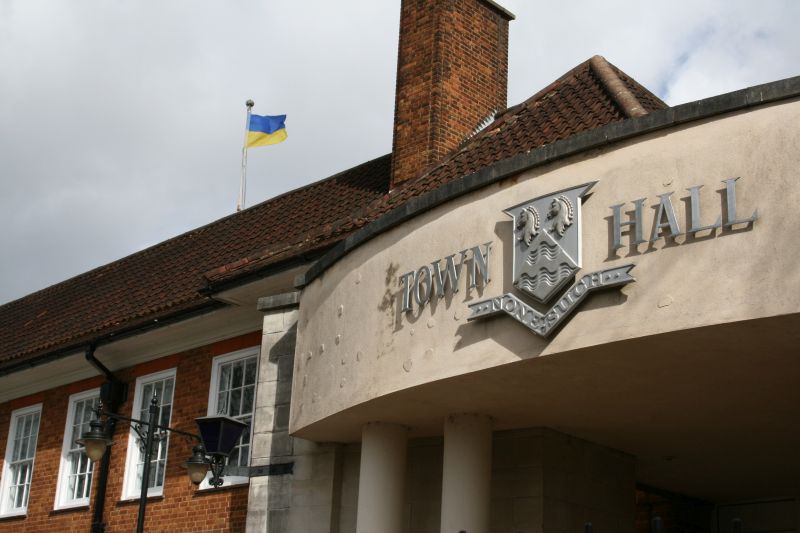 Both “The Horton” (Arts Centre) and The Horton Cemetery featured on the agenda of the Epsom and Ewell Borough Council’s Strategy and Resources committee Thursday 29th September. For the second time this year discussion on a request to the Council to exercise Compulsory Purchase Order powers over the neglected 9000 body 5-acre cemetery on Hook Road, Epsom, was withdrawn.

As previously reported HERE the bone of contention, between the charity, The Friends of Horton Cemetery and a report to Councillors, concerns the valuation basis for compensation to the property speculator, to whom the intact Cemetery was incongruously sold by the NHS in 1983. Trustee of the Charity Hon. Alderman Alan Carlson stated “We are grateful our request has not been determined by the Strategy and Resources Committee. Our own independent expert and affordable valuations have not been enough to persuade the Council. We will now obtain more. We are also grateful to the many supporters who on short notice of the matter mounted an effective email campaign to Councillors in protest”. He further added: “This 5-acre Cemetery is sacred to a growing number of relatives of the dead. It is a white elephant in the possession of Michael Heighes of Marque Securities, who cannot in a thousand years develop it at all. This is why he has totally neglected the site for 40 years”.

Chairman of the Committee, Councillor Neil Dallen (RA Town Ward), responded to the supporters’ campaign stating the Council will meet the Charity as “aspects of the Council Report have been misunderstood by the Trust”.

Just one week after an opening event at The Horton arts and heritage centre, the venue appeared on the agenda of the same meeting of the Strategy and Resources Committee. However, without challenge from any of the 10 Councillors present, the Committee went into secret session to discuss the item. The committee stating that the item concerned the finances of a “third party” and it was not “in the public interest” for them to be disclosed publicly.

The committee approved investment in a new gas boiler for the Council’s Community and Wellbeing Centre on Longmead, Epsom. The Council has investigated the efficacy of ground and air heat-pump systems, but the building is not well enough insulated for them to be effective. This prompted Cllr David Gulland (LibDem College Ward) to query whether insulation should be invested in. The officer responded that the Council was reviewing insulation across the Council’s entire estate.

Following the sudden departure of Kathryn Beldon from the top Council post of Chief Executive (reported HERE) the committee agreed to extend the employment of Jackie King as interim Chief Executive pending a permanent posting. The meeting also noted a requirement for the appointment of a chief legal officer. Cllr Kate Chinn (Labour Court Ward) joked she had asked a previous Council law officer Simon Young to return from The Falklands where he had migrated to be the islands’ lead attorney.

The chief IT officer had been lost recently so an Information Technology strategy review was withdrawn from the meeting.

The committee approved the business plan being put this Autumn to a vote of business rate payers in the central Epsom area. This would allow Epsom Bid Ltd (known as Go Epsom) to continue for another 5 years to make improvements to the business zone, funded by an additional levy to business rates. Cllr Eber Kington (RA Ewell Court Ward) expressed enthusiastic support for the recent work of Epsom Bid in the changes and activities it has initiated.