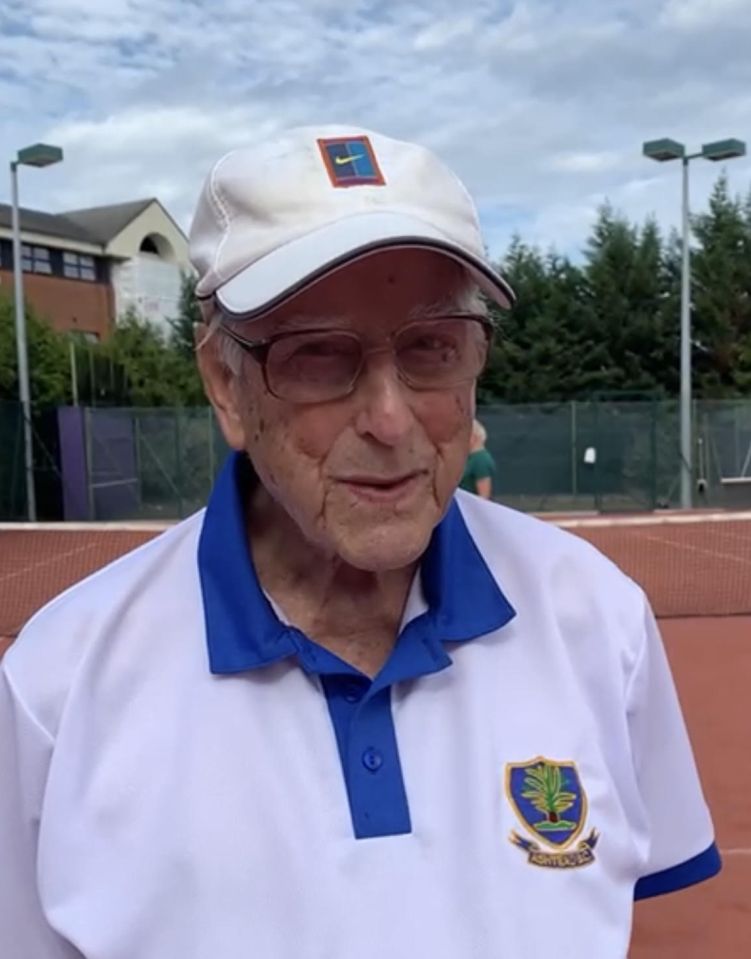 Epsom’s own Norman Healey celebrates his 95th birthday on December 11th . He is a member of The Epsom Lawn Tennis Club where he is admired and respected. His serve is hard to return and some of his forehand shots on the back corner of the court are nearly impossible to retrieve – worst of all is his volley at the net! He is a role model for many of us members in the club – his sense of fun and sportsmanship is inspirational. He is a ‘midweek’ player and he plays regularly in a Thursday ‘boys group’ of other members. In the past Norman has been the Chairman of the club having joined the Club in the late 1970’s. He was proud to have been the winner of the Men’s doubles in the 1980’s. The club is extremely honoured to have amongst its members such a celebrated and star quality player.