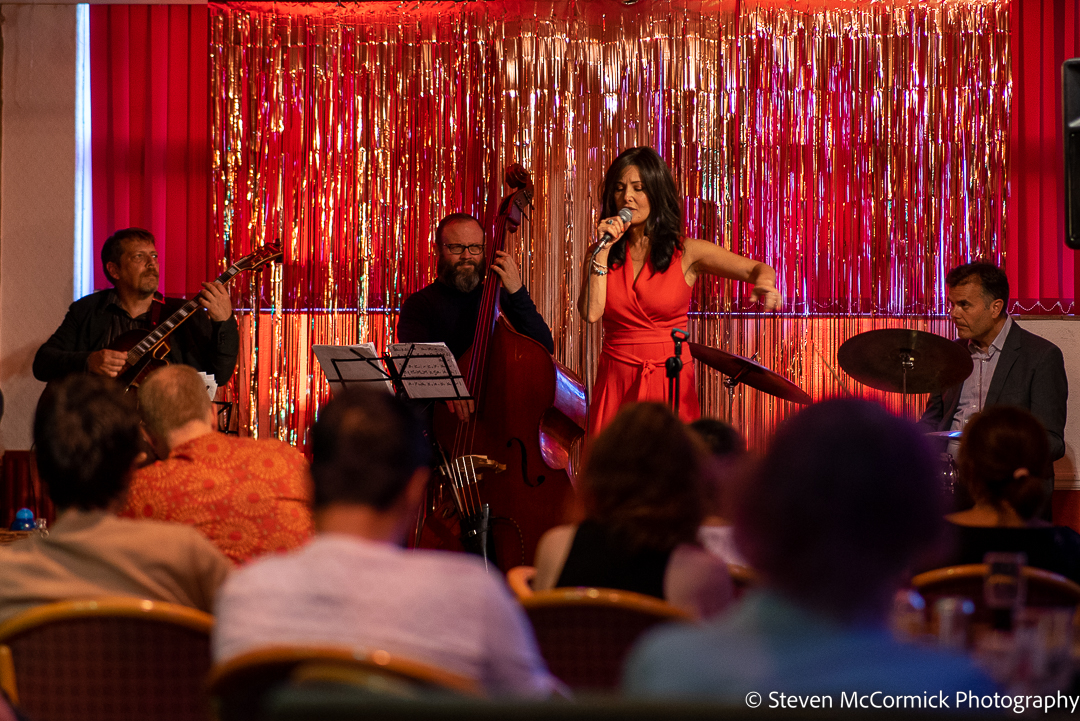 Sandwiched between weekend Festival performances to sizeable crowds in Harrogate and Swanage, Jo Harrop delighted Epsom Jazz Club’s modest audience on 7th July by taking to the stage for a sublime midweek concert.

After moving to London from her home city of Durham, Jo quickly established herself as one of the most unmistakable voices in British jazz, performing everywhere from Ronnie Scott’s to the Royal Albert Hall. Epsom Jazz Club is still in its infancy having only been launched in 2022, and was elated to welcome Jo in the midst of her busy touring schedule.

Epsom Jazz Club rests in August and will announce its Autumn programme soon.