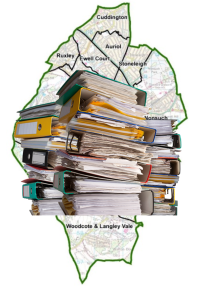 Epsom and Ewell Borough Council (EEBC) has approved a delayed timeframe for the development of its new Local Plan, putting it behind both government targets and other Surrey councils, amid debate over greenbelt development.

On 21st November, EEBC’s Planning Policy and Licensing Committee unanimously approved a Local Development Scheme (LDS), which sets out a timeframe for the development of its new Local Plan that would see the planning authority miss a government target by more than a year. The Local Plan will set out planning policies and sites that may be developed in the borough up until 2040.

The LDS supersedes the version approved by the council in April, and delays the first stage in the development of the Local Plan by three months. It forecasts that the Local Plan will be adopted in Spring 2025. In an agenda paper, the council’s interim Chief Executive Jackie King pointed out that “the government will want to see progression against their target date of all Local Planning authorities having an up-to-date Local Plan by the end of 2023.”

In 2017, the Government made it a legal requirement for Local Plans to be updated, and if necessary updated, every five years. Epsom’s current planning framework consists of four documents dated between 2007 and 2015. The council has said that the national period of mourning following the death of Queen Elizabeth II caused delays because councillor briefings were rescheduled. Ms King also said that there were delays “to allow further member briefing sessions to be undertaken to enable members to fully engage with and help shape the Local Plan.”

At the committee meeting, Councillor Julie Morris (Liberal Democrats, College Ward) said: “The period of mourning was three weeks, and yet we have a three-month delay.” She added that it was “regrettable” that the committee’s chair, Councillor Steven McCormick (Residents Association, Woodcote Ward), had “put a lot of effort in trying to get councillors to attend briefing sessions” but that “at least one has had to be re-run because of lack of attendance.” She continued: “There is a communication failure. Councillors outside the committee do not realise the importance of the document, give it the deference it deserves, or give their views.”

The new LDS means that EEBC will be the last local council in Surrey to adopt a new Local Plan, with the exception of Woking Borough Council and Banstead and Reigate Borough Council, who said their plans did not need updating.

There has also been debate about developing on greenbelt land in the borough. Greenbelt land includes areas of countryside that are protected from development in order to prevent urban sprawl and encourage development within existing built-up areas. A member of the public attending the committee asked what the council was doing to preserve greenbelt land, and if it would “pause greenbelt development and research brownfield development” as an alternative. Brownfield sites are areas of land that have previously been used for development but are not currently in use.

Councillor Morris said she wished to clarify that the council had “sympathy” with what the member of the public asked. She added: “But it’s too early. There is every intention of not overdeveloping the borough. It may be that we don’t go for these plans, but the evidence is needed. It’s too early to say what we’ll arrive at.”

No draft of a Local Plan has yet been made public. In a recent email to constituents, Epsom and Ewell MP Chris Grayling said that he expects “the Borough Council to publish its initial thinking about the plan shortly”. He wrote: “We clearly have a need for new homes locally. There are too many young people who grow up or are educated here but cannot afford to remain in the area. And we have a serious shortage of social housing.” He added: “My worry is that developing the green belt is an easy option for the Council. It is always more complicated to reorganise what has already been developed than to build on a green field, but in our area it is much better to take the more difficult approach.”

Gina Miller, leader of the True and Fair Party, who has announced that she will run against Grayling in the next general election, criticised his comments on Twitter. She wrote: “Not surprising but disappointing that Chris Grayling backed abolishing housing targets, making it nigh on impossible to help young people onto the property ladder nationally, whilst calling for new homes in Epsom & Ewell”.

The first stage in the development of the Local Plan, which includes consultation with residents, is now scheduled for February-March 2023.

Another £1/4 m to plan planning