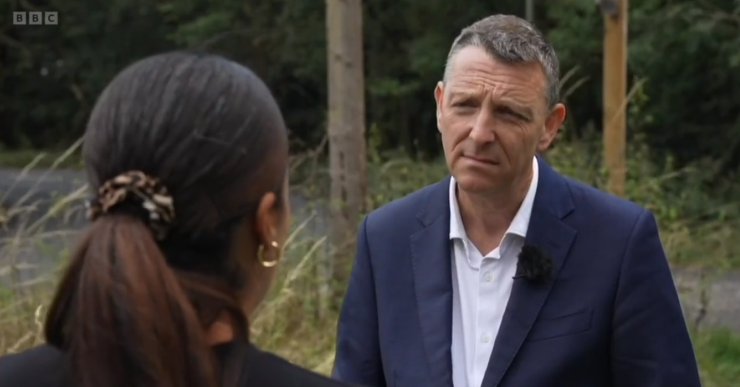 On Friday 2nd September Mark Easton, the BBC’s top home affairs reporter, swooped down on Epsom and Ewell. Our Borough suffers from nimbyism and we could easily meet our housing targets, was his report’s message. The Epsom and Ewell Times takes his two minute report to task.

First – he opens his report while standing on Epsom Common off Woodcote Side. The implication being that this area could in part be developed for housing. Did he not check it was a Local Nature Reserve and Site of Special Scientific Interest?

Secondly, he travelled to Station Approach Stoneleigh and suggests the rejection of a plan to build a four storey block of flats was mistaken. The plan was rejected in February 2022. The developer Woolbro Homes ( a part of St James Group Ltd which is a wholly owned subsidiary of the multi-million Berkeley Group Holdings Plc) did not exercise its right of appeal to a Planning Inspector.

Perhaps they accepted the grounds for refusal which included overdevelopment, overbearing and incongruity. Moreover, the applicants had failed to sign a commitment to affordable housing.

Thirdly, the report of the BBC showed Cllr Liz Frost objecting to a 22 room residence for students near Epsom’s University for the Creative Arts in Ashley Road, Epsom. The reportage gave the impression that housing needed to meet ordinary housing targets was being denied. UCA indicated in connection with the case that it is attracting mainly foreign students to its new business courses. See Epsom and Ewell Times report on the meeting HERE

Lastly, Mr Easton claimed no Councillor was available for comment. The Epsom and Ewell Times know of at least two Councillors who attended the Planning Committee meeting who were NOT asked. Mark Easton is not available for comment as his direct contacts cannot be found. Grace Manning-Marsh of LandTech, was interviewed by Mr Easton, she was critical of Epsom and Ewell’s failure to authorise developments on Green Belt. She did not ring back when asked to talk to us.