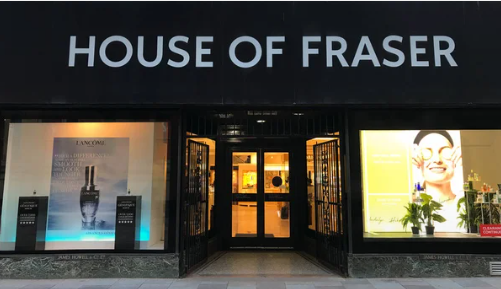 Epsom’s House of Fraser store will be shutting it’s doors for good in a matter of weeks, according to a store employee. The department store has been synonymous with the Ashley Centre for years, and will no doubt be missed by Epsom’s shoppers.

The store was originally slated for closure in 2018 , when the company announced that the Epsom branch would close along with 30 other House of Fraser stores across the country. The fire of hope was brightened in 2020 when a short-term lease extended the lifespan of the store, but it now looks like the shop will be closing indefinitely.

According to SurreyLive, the Epsom store’s final day of trading will be Friday 24th of June, just over a month away.

The absence of House of Fraser from the Ashley Centre will undoubtedly leave a big retail hole in Epsom, leaving residents curious about what shop could step up to take its place in the shopping centre…