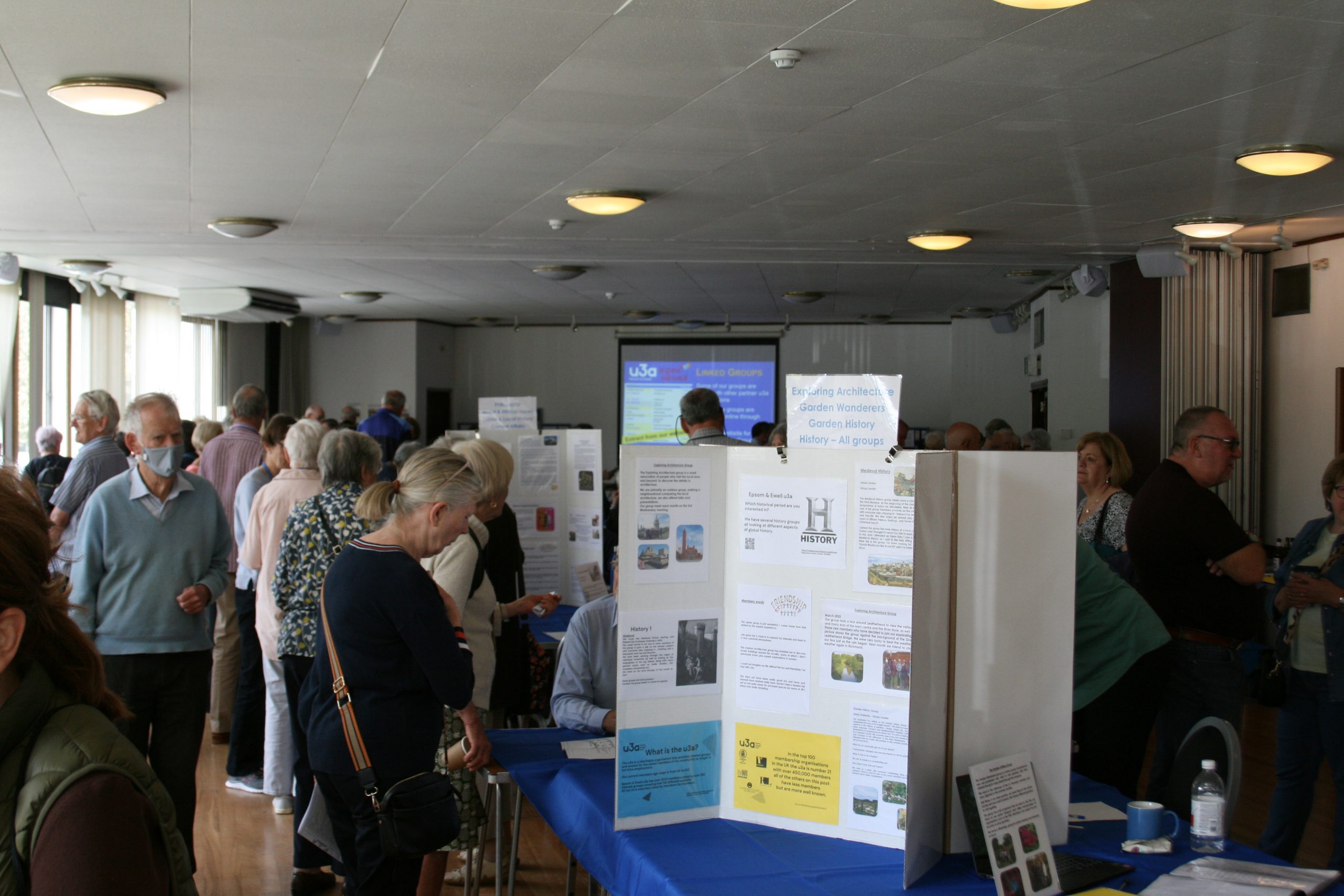 Epsom & Ewell Times enjoyed spending part of an afternoon at the U3A Open House at Bourne Hall in Ewell. U3A is a non-profit organisation that includes over 1000 charities, encouraging people who can no longer work to come together and learn for fun.

With activities such as chess, beer & wine tasting, racket sports, flower arranging and even belly dancing, spoilt-for-choice would be an understatement. With their youngest member being 49, and their eldest being 101, the only requirement to join (on top of the very fair £15/yr. membership fee) is not being in full-time employment.

The atmosphere in the hall was bustling as members (current and prospective alike) browsed the various stalls and chatted with organisers about their preferred activities. Member’s artwork was on display, examples of chess openings were proudly laid out on tables and an assortment of beers and wines (for display purposes only) were presented on the Beer & Wine tasting table. There was truly something for everyone.

U3A was initially called the University of The Third Age, the name refers to the phase of life that begins after you retire (The titular third age, the first being education, the second being work and family building) in which you are free to pursue artistic or intellectual interests that you enjoy. U3A looks to act as a guiding hand for people entering this age, to allow them to pursue lifelong hobbies they love or expose them to new ones that they didn’t have time to try before retirement.

Upon speaking with a green-fingered gardening group, I was informed that Epsom, last year, entered Britain in Bloom and took silver. This year, Ewell Village themselves have entered, and are working with the council, focusing on Bourne Hall Park, looking to add even more colour and beauty to the vibrant park.

They also informed me that Gertrude memorial Garden has been neglected for nearly 7 years, and they will be focusing on that too. Friends of Bourne Hall will be planting brand new plants in the garden, working alongside the council. The endeavour will take around 2 years. The project was started as a mix of Local Pride and Horticulture, the volunteers told me that they see this as a big project, members of the group told me that previous experience in project management roles is proving invaluable to the task.

For more information regarding the amazing work that U3A does for people in our community, and up and down the country, please visit their website.