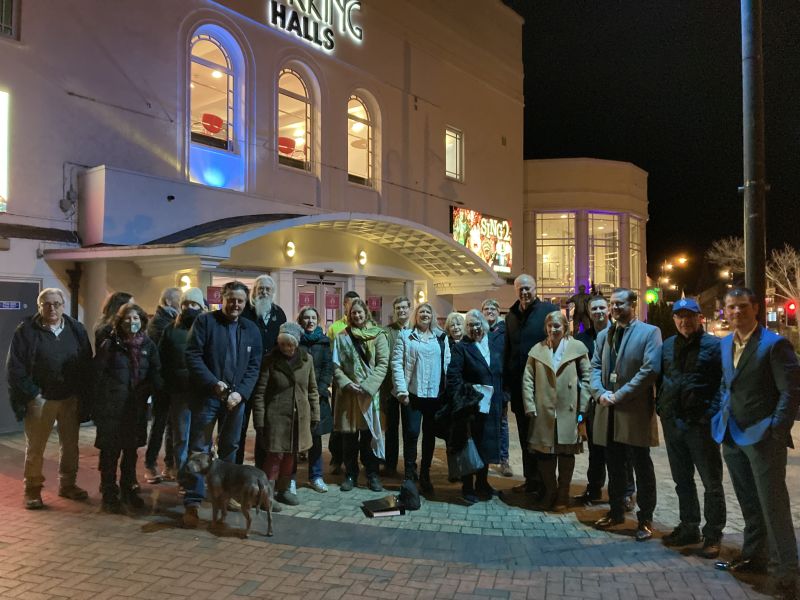 A Surrey council has paused its plan for 6,000 homes after central government changes which could mean lower housing targets. Mole Valley District Council has paused its local plan saying it would be “unwise” to carry on with the process in the face of potential changes at a national level.

The authority released some green belt sites in the district for new homes, in a plan that was examined by government inspectors between January and October.

A local plan sets out a council’s policies and sites for homes and infrastructure, with Mole Valley’s setting out plans until 2037. Changes from central government are expected to be announced before Christmas, with Secretary of State for Levelling Up, Housing & Communities and Surrey Heath Michael Gove outlining in a letter earlier this month (December 5) that more control should be given to councils and local communities.

Councillor Margaret Cooksey, cabinet member for planning on the district council, said the council would pause its local plan process until it had a better understanding of what government was saying. Cllr Cooksey (Lib Dem, Dorking South) said in a statement the decision had not been taken lightly and given the progress made during an “exhaustive” examination of the plan, that pausing the plan is not what the council wanted to do. She added: “However, it would be unwise to carry on when we are not sure what the wider national planning policy situation is so we have committed to wait until such time that the Inspector can advise us on what should be done next. We had been due to consult with stakeholders on the modifications proposed by us and the Inspector in January. We remain hopeful that clarity will be provided and we will take the best course of action for our residents.”

Mole Valley’s only Green councillor, Lisa Scott (Charlwood) said she wanted clarification on what “pause” actually meant, calling for the plan to be “fully reviewed” when national policy had been revised. She said: “We wholeheartedly welcome the change in housing numbers required by government, which was leading to huge green areas being sacrificed to questionable house building targets and are very pleased to see that the local plan has been paused.” But she raised concerns about areas of green belt still being included in the submitted plan, claiming some had been been “significantly expanded” from the public consultation stage, so residents could not have their comments considered by the council.

She said possible changes also meant more brown field sites could be included and the types of homes could be reassessed, with terraces and town houses being more efficient to heat and cool than detached homes.

A letter from Michael Gove sent on December 5 said the changes would mean communities would “have a much more powerful incentive to get involved in drawing up local plans”. While he said planning would always start with a number of homes required in an area, though it should be and “advisory starting point” and not a mandatory figure. He added: “It will be up to local authorities, working with their communities, to determine how many homes can actually be built, taking into account what should be protected in each area – be that our precious green belt or national parks, the character or an area, or heritage assets.”

The majority of homes in the local plan as it stands would be built in Leatherhead and Dorking but there was also concern about communities in rural areas being “ruined” in areas such as Hookwood where more than 550 homes were planned over four sites.

At the February meeting of the council where members voted to submit the plan, the administration promoted its maintaining of 99.3 per cent of the district’s green belt in the local plan.