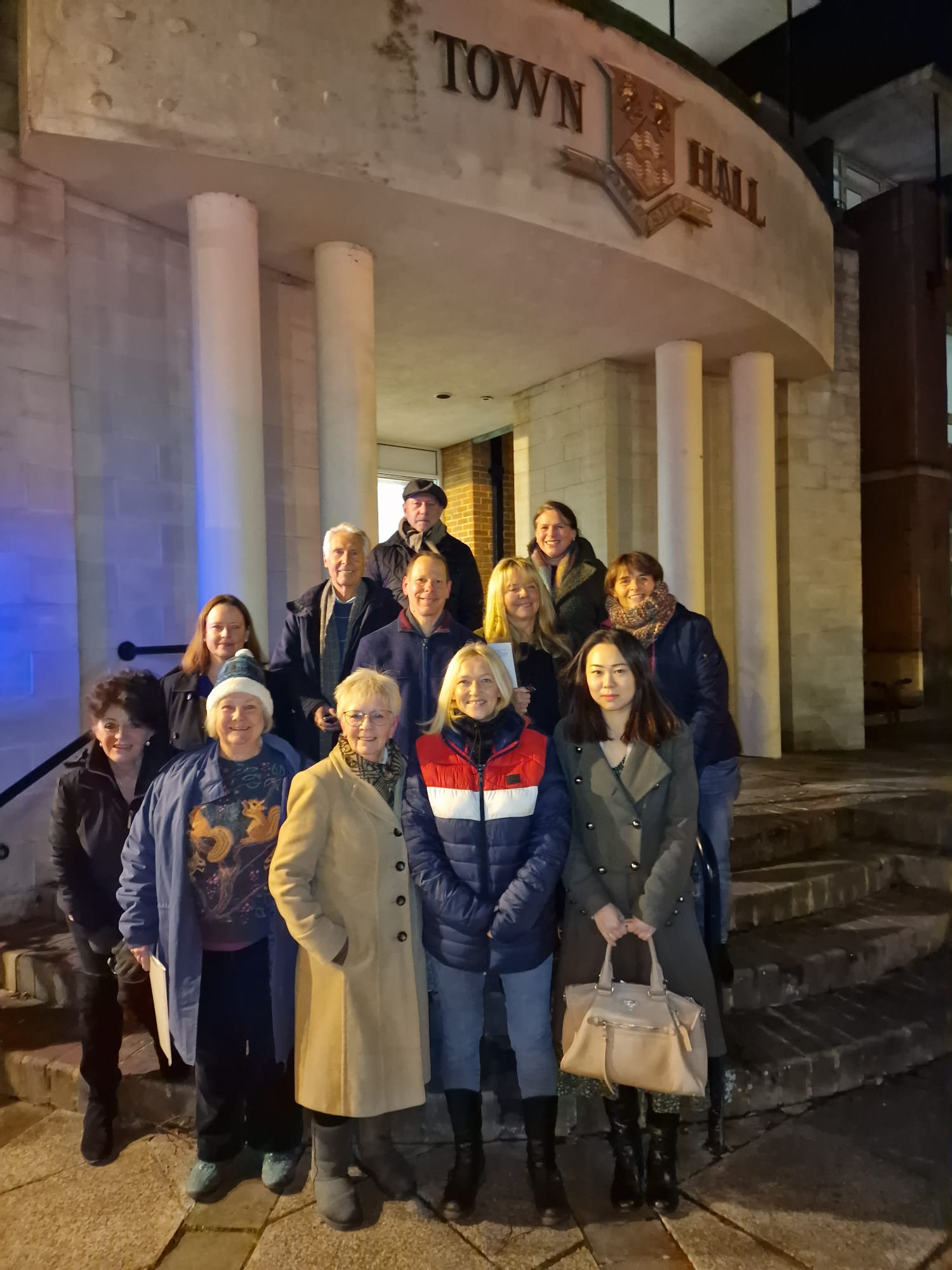 A determined group of Epsom & Ewell residents, representing over 1,700 petitioners , took to the podium at last night’s meeting of the Council’s Licensing, Planning and Policy Committee (January 19th). They asked Councillors eleven questions about the threat of Green Belt sites being included as “Preferred Options” in the imminent Draft Local Plan.

Otherwise the business of the meeting was confined to approving increases between 6 and 10 % for 2023/2024 on a range of Council charges relating to Planning matters, private hire vehicle licensing, animals and scrap metal.

Given every indication that the Government no longer thinks Green Belt reviews are necessary with housing targets advisory only, and fresh from Mole Valley District Coucil’s unanimous vote to remove Green Belt sites from its Local Plan, residents challenged the councillors and planners to seize the opportunity to save the Green Belt now and focus on brownfield sites for new affordable homes.

In answer to one question about whether planners had consulted HM Inspectors about Green Belt removal, council officers confirmed that, as EEBC was at an initial stage of decision taking , they had no need to consult the Inspectorate at this time, unlike Mole Valley are now required to do.

Given this difference, residents believe that it will now be entirely the responsibility of Councillors – the majority of whom are Residents Association, if Green Belt land ends up being developed. According to the Council for the Protection of Rural England, over 99% of sites earmarked for development by local authorities eventually get built upon, so the campaigners say it is both crucial and necessary to ensure no Green Belt sites are included at the outset.

The group intend to return to make more representations at the final decision-taking meeting on January 30 before the EEBC Draft Plan is published on February 1.

Further details of this residents’ campaign petition can be seen on epsomgreenbelt.org

Chris Grayling MP for Epsom and Ewell has written to constituents: “There have been two new developments on the Local Plans which shape the future of housing development in our area – in Epsom and Ewell and Mole Valley.
Epsom and Ewell Borough Council is due to publish its draft plan in the next few days (sic), and this will show the degree to which it has decided to push for development on local green belt land. I very much hope they have chosen to focus on brown field sites and particularly on the potential for the Kiln Lane and Longmead areas.
Meanwhile in Mole Valley, the Council has asked the Planning Inspector to delay consideration of their plans, following the Government’s revision of its national planning policies. It is too early to know if this may affect the plans for Ashtead, but I will keep you posted.”