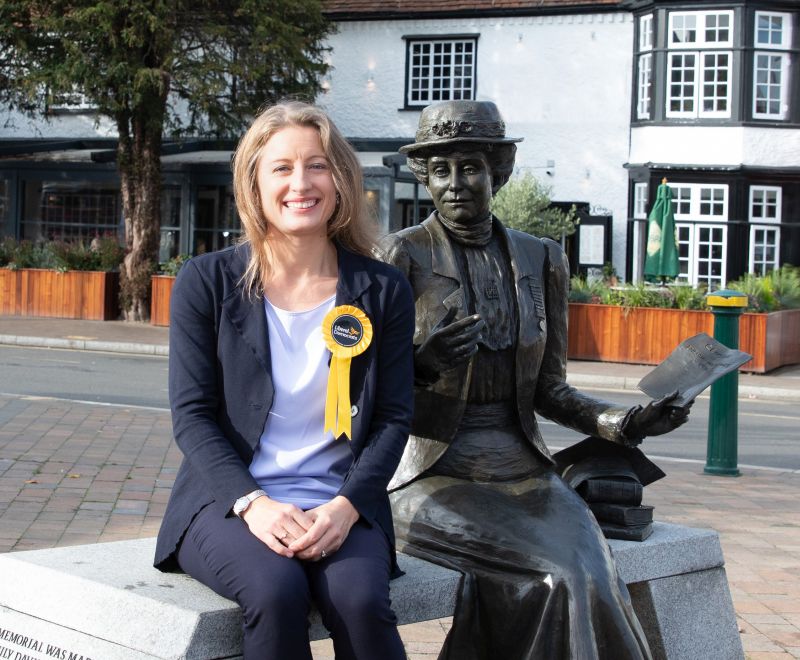 On 17th November, we saw the Chancellor, Jeremy Hunt, give his Autumn Statement. We waited with bated breath to see how it might help us and our families as we try to work out how we’re going to pay the bills. The catastrophic verdict was plain to see in newspaper headlines the following day: ‘Carnage’– the Mirror; ‘Years of tax pain ahead’ – The Times; ‘From Bad to Worse’ – the Guardian. Even the usual Tory safe haven, the Mail, couldn’t hold back their view: ‘Tories Soak the Strivers’. It was never going to be an easy statement to make after Liz Truss dug a £30 billion hole in the public finances after her disastrous mini budget, but now the Treasury puts the fiscal hole at an eye-watering £60 billion!

This blistering verdict confirms the British public’s worst fears. We are being made to suffer increases in tax, bills, and mortgage payments because of this Conservative government’s mistakes. Living standards are falling off a cliff and public services are suffocating under the weight of this Conservative chaos and incompetence.

What is the cost to you, the hard-working residents of Epsom and Ewell? Two million more people will move into the 40% tax bracket, families paying the price for Tory incompetence. Struggling families who have worked hard for years have had their security stolen. Hunt’s Statement confirmed the Bank Surcharge cut from 8% to 3% from April 2023, while increasing taxes on millions of struggling families by extending the freeze in the Income Tax
personal allowance and higher-rate threshold. While non-doms and big banks got off lightly, the already squeezed middle are being pushed to the brink, having to choose between food or heating, mortgage payments or fuel for their car.

The squeezed middle will continue to work as hard as before, but their efforts will be worth significantly less as disposable income shrinks. Every single Conservative MP should be ashamed of this cost of chaos budget, which will leave a legacy of economic turmoil and tax misery as mortgage rates spiral.

OBR Budget documents forecast that mortgage interest payments will double over the next year, rising by 100.5% in the year to September 2023. Lib Dem analysis shows that a typical household with an outstanding mortgage of £236,000 will see their interest payments double to £5,689, or an increase of £2,851 a year. We’re calling for a Mortgage Protection Fund for homeowners seeing payments skyrocket now!

In addition, reform of adult social care has once again been kicked into the long grass. Bedding blockages will continue in the unresolved chaos of the understaffed, under-resourced NHS. Boris Johnson came to power on a mandate to reform social care. Where is it? The dementia tax is back!

Other horrors you may not have seen in the budget are:

Hunt is hoping economic growth will save his bacon but the shortage of workers, trading challenges because of Brexit and the lack of investment in renewable energy may not make this a reality. Hunt talks now about investment in green infrastructure and education and skills yet where has this been for 12 years? Schools are on their knees; parents are having to pay for books and children are going hungry.

We have now entered a recession, a spiralling cost-of-living crisis, the biggest decline in living standards in history. The gulf between rich and poor is growing, foodbanks have more demand than supply for the first time ever, nurses have voted to strike, barristers have been on strike, we have the highest rates of taxation in 70 years and a longer recession than we will likely have ever seen.

Since September, we have had three Prime Ministers, and four Chancellors. The Conservatives say they provide stability and continuity. The people are calling for CHANGE! Stability and continuity from this government has delivered a broken economy and made us poorer. Our crumbling hospitals and run-down classrooms are facing savage cuts because the Conservative party crashed the economy to fund tax cuts for the richest companies. The
country will never forgive them for this.

This government is putting off tough decisions with a general election around the corner. This isn’t leadership! We are reaping the costs of a long-term failure to grow the economy and a lack of long-term strategy. We all just got a lot poorer and we’re in for a long and unpleasant journey on the way back to a sound and stable economy.