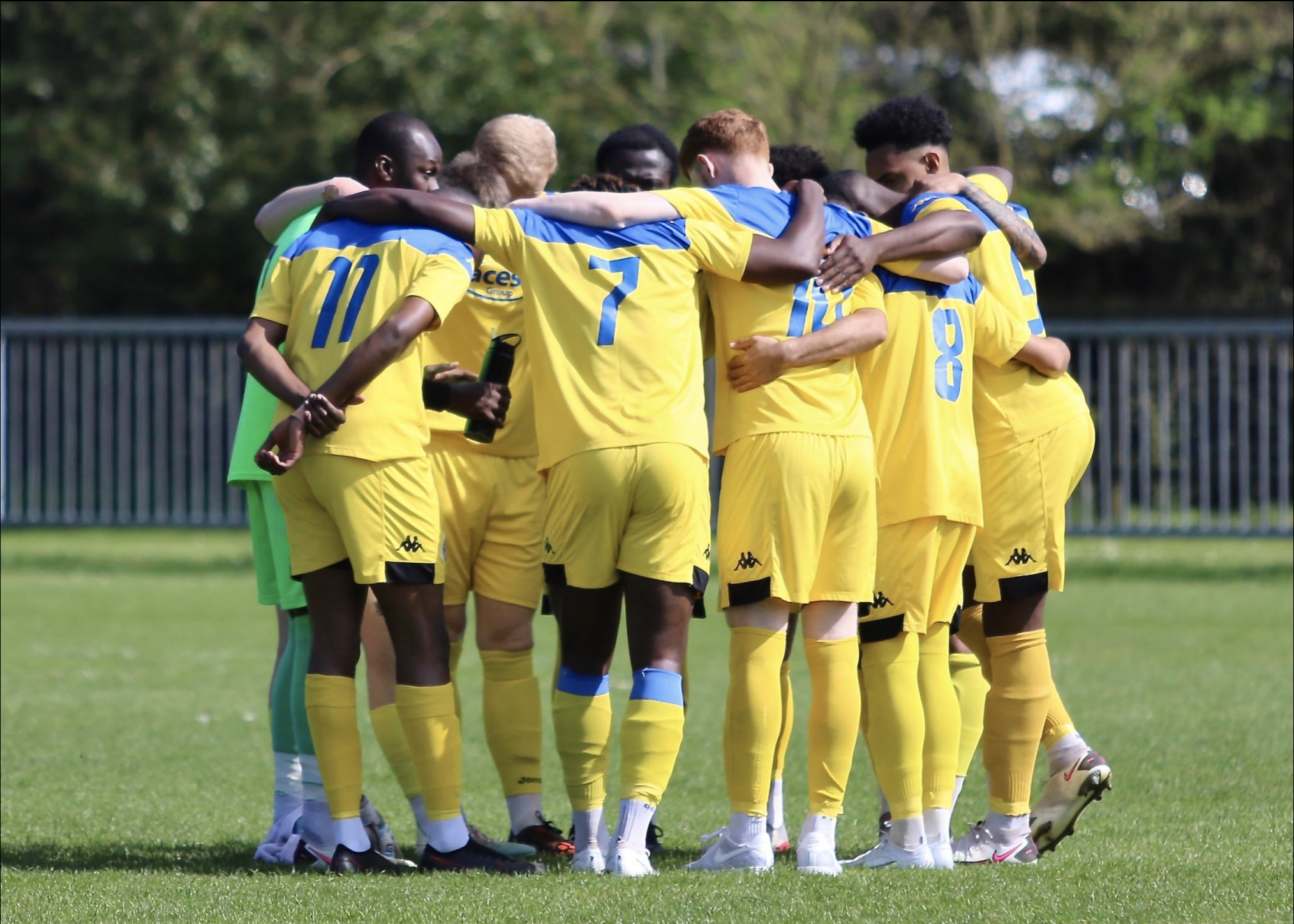 Back in 1979 we made our first ever visit to Mill Road for a competitive fixture, winning an FA Cup tie by a goal to nil. We then visited in 2012 for another FA Cup tie winning 2-1, so Saturday’s 4-1 win completed a winning hat trick for our boys and the result was never really in doubt as we took control of the match early and kept our hosts at arm’s length for the remainder of the match. There were many similarities between this win and Wednesday’s defeat of Hailsham Town as we dominated much of the proceedings and probably should have scored more, particularly in the first half when we took the lead after just 85 seconds but didn’t add to the tally until the second half. That goal was a personal triumph for Ricardo Fernandes who completed some fine interplay with Mike Hill – or should that be “Air Force Mike” – to slip the ball past a defender and then stab the ball home at the near post to register his first goal for the club. Further chances followed as a Tyreke Leslie shot was deflected just wide and from the following corner, Brad Peters met the delivery with a decent volley, only for it to go straight at Pa Susso in the Arundel goal.

The remainder of the first half was played mostly in Arundel’s half of the field, but without really penetrating too often. Athan Smith-Joseph received a superb crossfield ball from Hill and then cut in onto his preferred right foot, but his shot was also deflected over the bar before Peters sent another volley just over from another corner. At halftime, you felt we were well in control, but until that second goal came, we couldn’t relax completely. Well, that second goal came just two and a half minutes after the restart and with Hill pulling the strings again he found Smith-Joseph who turned and struck at goal from an angle. The ball took a faint deflection off a defender towards the goal and the ball then went in off the far post from 12 yards. Was it an own goal? Arguably, but the deflection was so faint I don’t believe it would be fair to credit it elsewhere. Luke Miller entered the fray after Leslie received a knock and Josh Uzun also came on soon after for Tre Towers. It has to be said that our bench looked extremely strong this day and whilst Gideon Acheampong and Jamie Byatt were probably not going to take the field in this match, except in emergencies, the five players we had there probably represented the strongest bench we have seen since our 2018 relegation.

Unfortunately, and after looking in complete control we gifted the hosts a goal back after a defensive miscommunication which allowed Ollie Hawkins the chance to roll the ball into the net in the 56th minute. This was our first goal conceded for 416 minutes; our best run since 1988. Steve Springett came on for Tommy Smith on the hour as Byatt rotated and rested, obviously well aware of our upcoming run of matches, and the new man nearly made an instant impact as his volley from Hill’s corner was deflected wide for another one. When it came in after some interplay out on the wing, Kofi Quartey was unable to direct his header on target, and would probably have been relieved to see the Assistant’s flag go up for offside. We were finishing stronger though and hit the bar twice in quick succession, firstly after Miller met a Smith-Joseph cross with a header and then just three minutes later when Fernandes struck it from twenty yards. However, at 2-1 we were still vulnerable and Sheikh Ceesay was out bravely to make a fine save as the Arundel striker ran in on goal, requiring a bit of treatment before being able to continue. It still seemed a matter of when, not if the third goal would come, but we left it late after Uzun’s pass left Smith-Joseph through and he beat his man before scoring his second of the day with a thumping strike from about ten yards in the 89th minute. Seven minutes later we made it 4-1 as Hill robbed a defender thirty yards out and ran in before slotting the ball past Susso from close range.

The 4-1 win was probably about fair, even if two of the goals came late, much as they had at Leatherhead when Arundel pulled back a pair in the closing stages of our 6-2 win. Arundel is a lovely place to play football and it is very sad to see their current plight. Despite finishing in the bottom three places this season, I’m confident they will remain at Step Six for 2022/23, but will we be making the journey here again next season?

Right now, our win has pushed us back up to third place ahead of Dorking Wanderers Reserves who visit us on Monday, and two wins will guarantee our first top-three finish since 2014. Additionally, Midhurst & Easebourne’s loss to Shoreham means that they will have to win their final two games to be certain of finishing above us, should we win those two matches. A second-place finish would be our first since 1984. Results this afternoon have now guaranteed us, Shoreham and Seaford Town a playoff position, probably alongside Midhurst with Roffey taking the title. It’s a pity that we haven’t quite been able to do enough to win the title this season, although as things stand, we are in good form and I believe our players aren’t scared by whoever and wherever they have to play. Home advantage in those playoffs would still be nice though.