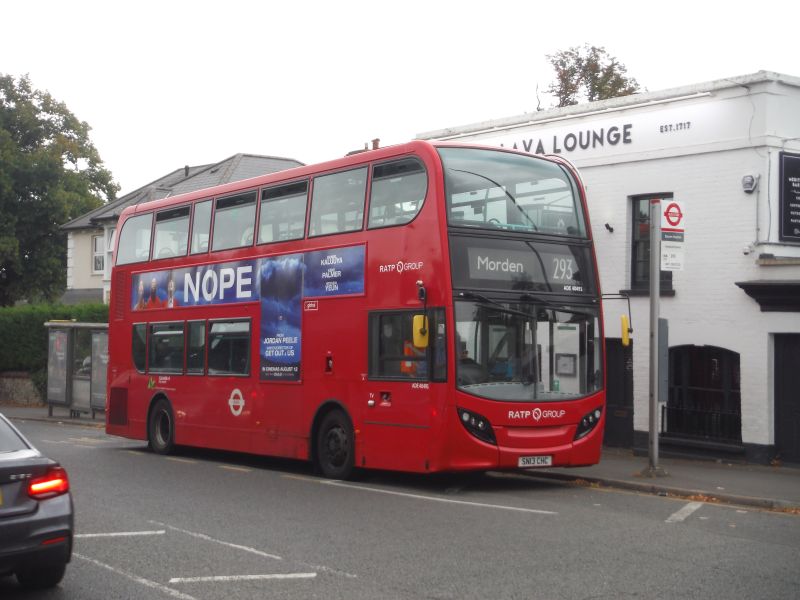 Bus drivers strike affecting the people of Epsom and Ewell. There are planned bus driver strikes during the 19th till the 20th of August. Passengers from west and south west London, as well as parts of Surrey will be impacted. The affected Epsom and Ewell bus routes will be; 470, 293, 406, 418 and 265.
166 may be affected as well, even though it has not been listed. The dispute is over the lack of pay rise in 2021, the 3% increase offer for 2022, cuts of pensions and lack of guarantee job security.
Affected bus routes:
470 – from Colliers Wood station to Epsom High street ,
293 – from London Road/ Morden station to Epsom Hospital,
406 – from Cromwell road bus station to Epsom hospital,
418 – from Cromwell road bus station to Epsom Station and
265 – from Putney Bridge station to Tolworth / King Charles road
166 – from Epsom hospital to West Croydon bus station, (even though it is not listed, it may be affected
as well)
More than 1600 bus drivers are going to be striking, as a result of the company’s (RATP) pay package offer, as it would amount to a wage cut in real terms due to the rising costs of living and inflation rate, which is at 11.8%. RATP offered bus drivers an increase of 3.6% in 2022 and promised a 4.2% increase next year, Unite the union and the company are yet to agree on a pay package which could satisfy both parties.
Unite General Secretary, Sharon Graham said: “RATP is fabulously wealthy and it can fully afford to pay our members a decent wage increase” as “Unite’s members play a crucial role in keeping London moving, and they are not going to accept seeing their pay constantly eroded”
The workers are employed by London United, which is subsidiary to RATP, a French owned company. And according to UNITE’S website, they turned-over £4.8 million in 2021, profiting of £174 million in the last year.
Catherine Guillouard, RATP’s chairwoman and CEO, during its meeting on the examined and approved RATP’s financial statements on the 30th of July 2021 said: “the Group’s half-year results show a clear increase in the first half of the year, with a €141m (+5.1%) growth in turnover and a €193m increase in the Group’s share of net profits, standing at €105m, despite the lingering negative impact of the health crisis”
Unite Regional Officer, Michelle Braveboy claimed: “this dispute is of the company’s own making, it can make a fair pay offer to its workers but has chosen not to, so it now faces the prospects of a highly disruptive strike action”
Transport Secretary, Grant Shapps had previously stated in regard to ongoing and planned strikes: “Unfortunately, it’s too late to call off today’s damaging strikes but I urge the RMT and indeed all unions to stop holding the country to ransom with the threat of further industrial action and get off picket lines and back around the negotiating table.”
Mayor of London, Sadiq Khan gave the following statement when discussing TFL operations: “It’s no secret that we’re talking about [a matter of] days in relation to TfL’s ability to carry on operating the services it’s providing without the additional support from the government […] what’s important though is for TfL and department for transport officials to try and reach a resolution.”
The TFL has stated some of the routes from Surrey will not be operating during the 19th till the 20th, along with the no running of night buses, throughout these two days. Services will continue to be impacted in the morning of the 21st of August, however, from 08:00am, services will resume as normal.
Passengers wanting to travel to London might be affected as well as there are strike actions being held for other TFL services such as; the London overground, the Elisabeth line, the National rail service and the Tube, among others. The strike will also impact workers based at Hounslow, Hounslow Heath, Park Royal, Shepherd’s Bush, Fulwell, Stamford Brook and Tolworth depots.
TFL recommends to not make unnecessary journeys from the 18th until 08:00am on the 21st. Although ifone must, they are advised to plan in advance, allowing more time for making the journey. They also suggest people to either cycle or walk, if necessary journeys need to be made, as the buses and other TfL services that will be running are expected to be extremely busy.
TFL’s Chief Officer, Andy Lord stated: “walking and cycling is likely to be the best way to get around this action”.They have guaranteed that Santander cycles will be available across London, and teams will be sent out to ensure they are distributed at key locations according to demand. And they recommend citizens to use planning tools, such as; Journey Planner and TFL Go, to be updated in real time about the strike actions.
For the latest information about the strike action one can also go to TFL.gov.uk/strikes.
https://www.unitetheunion.org/news-events/news/2022/august/london-bus-workers-to-take-strike-action-
in-pay-dispute/