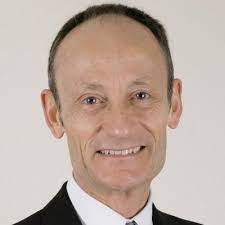 Cllr Eber Kington, long serving Residents Association Borough Councillor and former Epsom and Ewell Mayor has served as a County Councillor since 2009. He has long campaigned against waste on staffing and councillor expenses. For example when standing in 2017 he stated he had “..called for a review of the County Council’s senior management structure to reduce the then £42 million salary bill [that] was voted down by the Conservatives. He opposed the Conservatives’ 2015 decision to increase their council allowances by over 60%. He has argued for the need to cut the use and cost of agency staff, which [then] stood at over £13 million.”

Today he has focussed on Surrey County Council‘s public consultation on the 2023/2024 draft budget. He describes “as biased and meaningless”. He goes on to claim “The questions are deliberately designed to lead residents towards those responses that support the draft budget.  Negative responses are discouraged by additional and unsupported commentary warning of the consequences of choosing the response.

In addition, the final question invites residents to give details of “any benefits” they can see if the budget was implemented.  Quite clearly SCC is not interested to learn of residents’ views on any disbenefits of the budget, as that question is not even asked.

A truly impartial survey would have also encouraged residents to state what they felt was unnecessary expenditure, perhaps on high level salaries, or what for them is a higher priority, for example night-time safer streets.”

In addition, Councillor Kington was critical of information gathering on the respondents’ personal circumstances.

“There are 24 questions, but only the last three are on the draft budget.  The first 21 questions are on the status, background, salary, and other personal details of the respondent.  You have to ask why any Council requires its residents to provide so much personal detail before they can even start to give an opinion.  Maybe one cost saving would be for SCC to reduce its spend on such biased and meaningless surveys”.

It is believed that a similar survey in 2022 produced about 100 responses out of a Surrey population of 1.2 million.

Epsom and Ewell Times has verified Cllr Kington’s claim. The consultation questionnaire indeed has just 4 questions directed at the issue with the first 21 directed at profiling respondents.

Surrey County Council state: “The council is setting its budget for 2023/24 and has set out plans for £1,095.6m (just over £1bn) of spending. The council faces a budget gap of £83m for next year, largely due to inflation pushing up the cost of delivering services, but also due to increasing demand for services, policy changes from government, workforce shortages and continuing impact from the Coronavirus pandemic. Having worked to identify £68.6m of efficiencies within the budget, the draft budget is currently facing a £14.4m overspend.”

Surrey County Council’s leader says he has “no expectation at all” that council tax will be put up by the full amount allowed despite a £14.4million budget gap at the … READ MORE