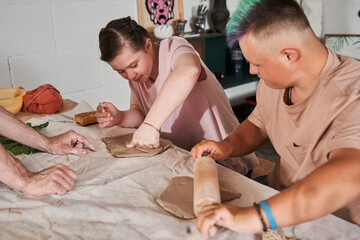 A £40 million project to improve education facilities for some of Surrey’s most vulnerable children has moved to its next stage. Surrey County Council is currently not providing enough spaces in its “alternative provision” schools, which cater for children who have been excluded from mainstream schools or have additional educational needs. [Ed. SEND = special educational needs and disability.]
The current facilities are also described by the council as in “extremely poor” and “dilapidated condition”.
It is hoped that being able to provide places in council-run facilities will unlock more than £1m a year because the cost of a place with private providers is around £30,000 more per year than in an authority setting.
A meeting of Surrey County Council’s cabinet on Tuesday (October 25) heard from the authority’s cabinet member for education and learning that the new and redeveloped sites would be “first class”.
Councillor Clare Curran (Conservative, Bookham and Fetcham West) outlined plans for sites across Surrey which would be redeveloped, demolished or built from scratch to aim to increase the authority’s capacity.
Currently, according to council documents, the authority can only provide 196 spaces, out of a total of 240 that are required by law.
Legally, the county council must secure suitable, full-time alternative education for children who, because of reasons including illness or exclusion, would not be in education unless it was arranged for them.
It must also make sure there is provision for children with Special Educational Needs and Disabilities (SEND) who have Education, Health, and Care Plans in place.
Alternative provision is often a short-term solution until a child can return to mainstream education or move to a dedicated school, but in some cases is a longer-term solution.
Cllr Curran said the new sites would provide an environment where children would feel valued, could access high quality curriculum and get the emotional, health and well-being support they needed.
She said: “These short-stay schools can include some of the most vulnerable and marginalised children and young people that are in the county. We really want to ensure that we’re providing them not only with first-class accommodation, but a first-class learning experience.”
The plans, which would add 44 alternative provision places, include new sites in Elmbridge, on a council-owned site at Thamesfield Farm North, in either Surrey Heath or Runnymede and a new school on a new site for Reigate Valley College.
There are also plans to demolish the current Fordway School in Spelthorne, with the school relocating temporarily to Wey Valley College in Guildford while a new school is built, and plans to requires remodel and expand the Wey Valley College site.
The targets for the school sites are autumn and winter 2024.
An officers’ report said: “The current assets are in extremely poor condition and lack capacity to provide adequate places in appropriate locations across the county. Existing accommodation across the current nine buildings is significantly undersized and the buildings are in a dilapidated condition which is likely to render them unusable within the next two years. As such, the existing accommodation does not enable the provision of a full statutory educational offer that meets the educational needs of Surrey’s most  vulnerable learners.”
Cabinet members approved the £43.2m budget for the project, which should also generate £5.77m in capital receipts when current council land is sold off.
The officers’ report showed that the average cost of a child going to an independent facility was around £52,000 per year, compared to £22,000 per year for a place at a maintained specialist school.
The additional places in council-run schools would mean a difference of £1.32m a year to the council’s budget.