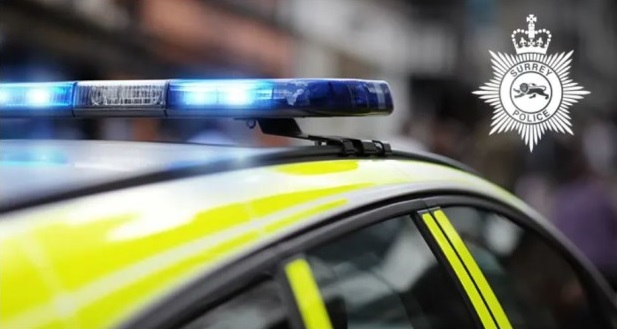 A man who tried to murder his acquaintance and was only scared off from continuing his attack after passers-by stopped to help his victim, has been sentenced to time behind bars.

On the morning of 23 September back in 2021, Vadim Scintei, 19, stabbed his victim in the chest after a minor verbal argument on Blenheim Road, Epsom. After the victim staggered away covered in his own blood, Scintei followed and circled him on his bike until members of the public, including a doctor, stopped to help. He was then spooked and fled the scene.

Scintei, of Malden Road, Kingston-upon-Thames, appeared at Guildford Crown Court on Thursday 19 May, where despite initially claiming he had been set up, he pleaded guilty to attempted murder and possession of a bladed article, and was sentenced to 18 years in prison.

The sentencing on Thursday, 19 May, concludes a comprehensive investigation by Surrey Police’s Criminal Investigation Department.

“This was a violent and unprovoked attack that the victim was extremely lucky to survive. Thanks to the quick thinking and bravery of members of the public, the victim was able to make a full recovery but understandably has been left traumatised by this attack.

“The investigation team worked quickly to ascertain what had happened and only a few days after the incident on 25 September, Vadim Scintei was charged with attempted murder and possession of a bladed article. Scintei will now spend a long time behind bars where he belongs.”