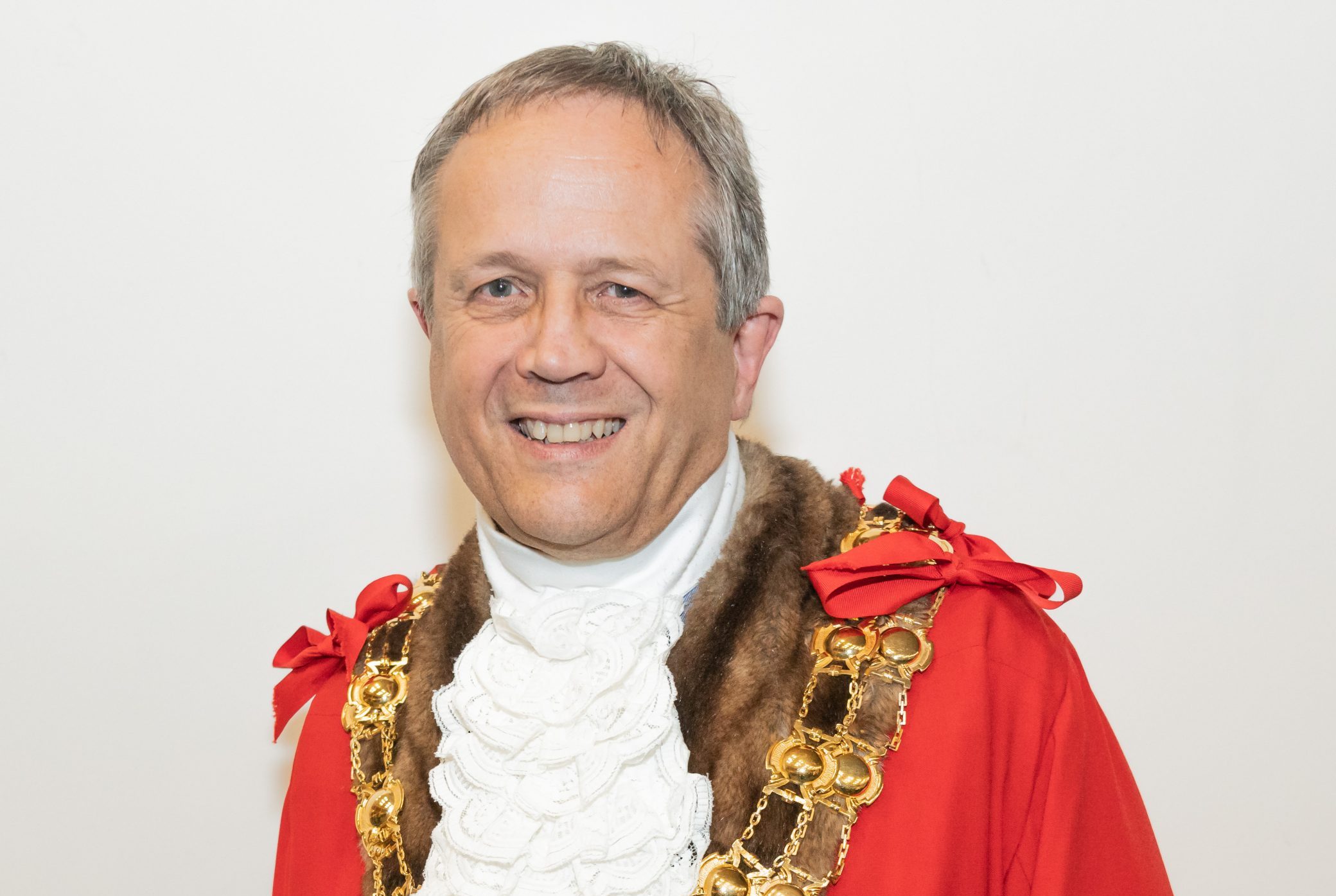 Councillor Clive Woodbridge was officially recognised as the Mayor of Epsom and Ewell for this year at the Council’s annual Mayor Making ceremony at Bourne Hall, Ewell on Monday 16 May.

As Mayor for the year 2022/2023, Clive will have a full diary from day one with a number of civic events planned through the year including visits to residents, community and sports groups, as well as representing the borough’s residents at formal Platinum Jubilee activities.

On becoming Mayor, Clive said, “It is a real honour to be chosen by my peers to be Mayor of Epsom and Ewell, a borough that has been my home for more than 40 years. I’m really looking forward to using this time as an opportunity to highlight the many individuals and groups who do so much to make this a very special place, where people care for one another and take great pride in where they live. I hope to visit as many residents and local organisations as possible in my term of office and showcase what a truly wonderful community this is.”

Clive has been a councillor representing the residents of Ewell since 2007. Over the past 15 years, he has fulfilled a number of different roles at Epsom & Ewell Borough Council, including being Chair of both the Leisure and Planning committees. Clive has also played a leading role nationally within the Local Government Association (LGA) and is currently Deputy Chair of its Safer and Stronger Communities Board, having recently been Deputy Leader of the LGA Independent Group. During his time as Mayor, he has to remain politically neutral.

Community roles have included being a Governor at two local schools. For a number of years, he has served on the committees of the 2nd Ewell Rainsters scout group and the Ewell Parochial Trust and he is active within the local Town-Twinning Association.

For 40 years Clive has been a freelance technical journalist, specialising in shipping and ports and is a recognised contributor to many different international trade publications.

He has also been a head judge for the British Curry Awards since its inception.

Born in High Wycombe in 1958, Clive attended Wycombe Royal Grammar School, Warwick University and London School of Economics. He moved to Ewell in 1982, married Mary in 1985, and brought up three boys.

Clive is a keen West Ham supporter and season ticket holder, which, he says, has over the years brought him pain and pleasure in fairly equal measure.

During his Mayoral year Clive will aim to raise awareness of, and funds for seven charities, all of which have a connection to causes close to his and Mary’s heart. These are: