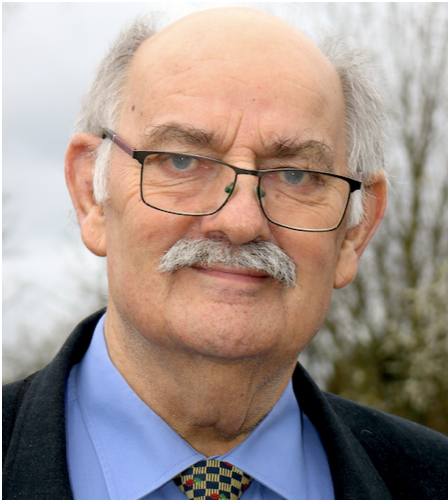 Clive Smitheram, Councillor for West Ewell, passed away on April 25th aged 76. Clive’s health had been deteriorating in the last few months and last week was taken to Epsom Hospital for tests and was diagnosed with Sepsis.

Clive was a central figure in West Ewell having lived there for over 30 years with his wife Gill and family and although a proud Cornishman, Clive was someone who knew everyone locally and if he didn’t know someone, he knew someone who did! Clive was a former police officer, having served 31 years in the service and was a retired
community safety officer. As an active resident, it led to Clive being elected as a Resident Association Councillor for West Ewell serving for over 20 years, Clive was a former Mayor of Epsom and Ewell in 2010- 2011.

Clive was always happy supporting and providing advice to the residents of West Ewell and had a very proactive approach to getting things done. Clive always believed that central politics should have no place in local issues and that councillors should be “local people dealing with local issues”. He believed this common-sense approach best served the community and its residents.

Clive served on many different committees during his time as a councillor, having been Chairman of Crime and Disorder, Licencing and Scrutiny, as well as an active member of the Planning Committee. Clive provided a wealth of experience and support to all colleagues and was a great mentor and listener, with a positive approach to problem-solving. Clive was an active member of All Saints Church in West Ewell and became a member of Epsom Rotary Club in 2011, becoming President in 2014. Clive was voted an honorary member in October 2020. In addition, Clive was a founder member of the town’s twinning association with Chantilly in Northern France and this year marks the 25th anniversary.

Lastly, we have lost a special person and good friend and our thoughts are with his wife Gill, his children Chris and Claire and his four grandchildren.

This obituary was written by Councillors Barry Nash and Monica Coleman, both representing West Ewell.

For more news on the council, please click here.